Russia to reschedule May 9 Victory Parade because of Covid-19

The administration appealed to the government with a request to refrain from inviting people over 65, including veterans of the Great Patriotic War, to celebrations devoted to the 75th anniversary of Victory over Nazi Germany. 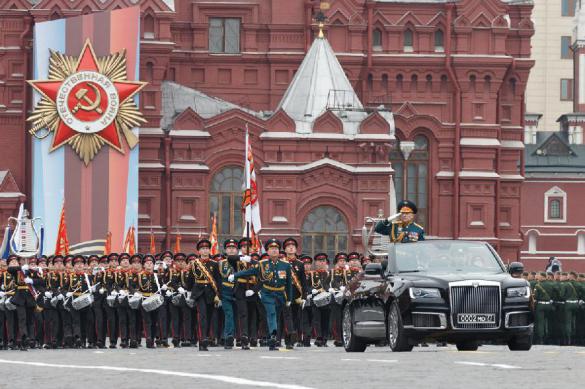 The presidential administration confirmed that the appeal was indeed sent to the government over the apprehension for the novel coronavirus to spread among older individuals.

"We herewith ask federal executive authorities to refrain from arranging the participation of individuals 65 years of age and older, including WWII veterans, in anniversary events on May 9, including in Moscow," the appeal reads.

In late March, spokespeople for the Ministry of Defense reported that preparations of personnel, weapons and military hardware for the parade on 75th anniversary of Victory, which will be held on May 9, were being conducted as planned. According to officials, all those who participate in preparations of the parade underwent an in-depth medical examination against the backdrop of the spread of the coronavirus and were allowed to participate in rehearsals.

The Ministry of Defense also said that there were special measures taken to combat the spread of coronavirus, such as the installation of bactericidal ultraviolet lamps and the creation of the stock of disinfectants, medicines and personal protective equipment in places of residence of parade participants.

Last week, two sources close to the Ministry of Defense, and a source close to the presidential administration, reported that the Russian authorities consider several scenarios for the Victory Day parade against the backdrop of the spread of COVID-19. There are least two of possible scenarios:

If the parade is going to be moved to autumn 2020, it would be timed to coincide with the date of the end of WWII (in early September). The parade may also be moved to early November to make a reference to the parade, which was held on Red Square on November 7, 1941, in the midst of the Battle for Moscow.

Columnists
The world cannot breathe! Squashed by the USA – a country built on genocide and slavery
Asia
China refuses from US food