Dmitry Peskov, official spokesman for Russian President Vladimir Putin, who was hospitalized with confirmed Covid-19 infection on May 12, has developed bilateral pneumonia. In an interview with the Kommersant publication, Peskov said employees of the presidential administration get tested for the coronavirus infection on a daily basis. 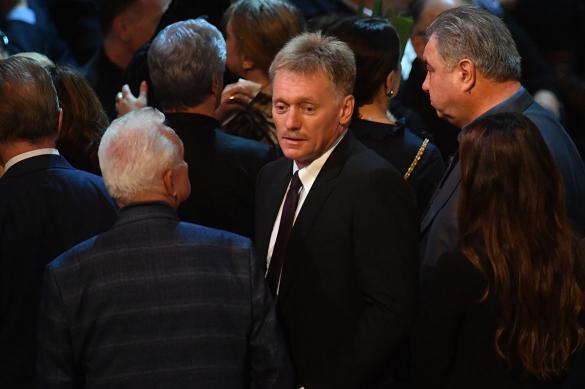 "I had a feeling that I keep it under control. Then, unfortunately, one of my colleagues, with whom I earlier spoke, fell ill and I had to go into self-isolation mode after May 1,” the Kremlin representative said.

Peskov continued getting tested, and one of the tests was confirmed positive. According to Peskov, he had no symptoms on the first day, but then "unpleasant" body temperature rose to over 37 degrees and he developed bodily pains.

Peskov’s wife, former Olympic champion in figure skating Tatyana Navka, had the same symptoms, but her body temperature was “higher”. For a couple of days the spouses stayed home, but when they realized that the process “was going uphill, so to speak," they went to the hospital for CT scanning procedure.

Peskov noted that it is important to catch the moment. "The main thing about this disease is not to miss it. This is an absolutely bloodthirsty virus. Although, thank God, doctors already have experience in combating it, but still the share of unpredictability associated with individual peculiarities is always present," he stated.

The peculiarity of COVID-19, according to Peskov, is that it is not the virus that starts “eating” the lungs, but the body itself. "That is, a hormonal storm begins, and the immune system tries to defeat this virus. Together with the virus, the body starts to devour the lungs. This is where the frosted glass effect comes from. This may lead to pulmonary thrombosis. Well, it depends,” Dmitry Peskov said.

Bloodthirsty virus to live with forever

Answering a question about contacts with the president, Peskov noted that he had not contacted Putin in person for more than a month. "There is no need for that, as my work is arranged differently," he explained, adding that video conferencing can take place both in open and closed mode, while modern technologies make it possible to ensure secrecy.

Peskov also said that his family took all precautions and stayed home for 1.5 months carefully, although they failed to avoid the infection.

“The virus is very dangerous indeed, it is easily transmitted from person to person easily, and it is very difficult to have guaranteed protection from it. The only way, and this should be understood by those who have underlying conditions in the form of chronic diseases, who belong to the older age group, - one has to stay home, avoid contact with the outside world," Putin’s spokesman said.

According to Peskov, mankind will always have to live with various coronaviruses: "These are living organisms, they are fighting for a place for life on Earth." Now one needs to wait for the vaccine, which experts, according to Peskov, inject themselves during clinical trials. "We will not name the institution, the people, but those people who are die-hard fans of their work in the best sense of the word," he said.