As many as 489 doctors have died in Russia because of the coronavirus infection, Alla Samoilova, the head of Russia's federal health watchdog, Roszdravnadzor, said at an All-Russian online conference dedicated to the Day of the Medical Worker. She noted that the COVID-19 epidemic in Russia was not over: more than half a million people are sick (561,091 as of June 18), more than 7,500 died. 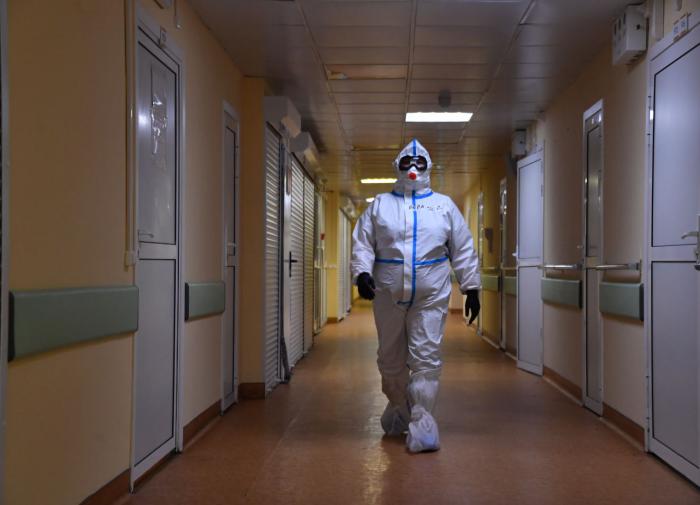 Samoilova noted that the Russian Federation was not fully prepared to face the epidemic when it reached the country. The official also admitted that the country had scarce reserves of personal protective equipment (PPE).

"The mobilization was serious. To be honest, there were remarks at the start, there were some flaws, but today everything is more or less systematic," Samoilova said.

According to her, there are hardly any complaints from doctors about the lack of PPE or tests for the coronavirus infection.

Meanwhile, it was reported in early June that an expert group, which included doctors, medical experts and heads of charitable foundations, sent a letter to Deputy Prime Minister of the Russian Federation Tatyana Golikova and the Minister of Health Mikhail Murashko with a request to take urgent measures due to the shortage of personal protection equipment for doctors.

A survey conducted among health workers that that in almost half (49%) of cases, medical organizations do not use a clear algorithm for calculating the need for PPE. At the same time, a significant portion of respondents apprehend talking openly about the shortage of PPE. As many as 43% of doctors surveyed described this topic as "dangerous and risky for any types of comments and discussions."

The letter said that the need for respirators was satisfied only on the level of 27%, gloves - 17%. To crown it all, the domestic production of protective suits covers only eleven percent of their required quantity.

In late May, spokespeople for the Russian Healthcare Ministry confirmed that 101 medical workers died from coronavirus. The ministry verifies the data about the deceased by comparing it with the information from the social insurance fund, which is based on the data from the "List of Memory" that doctors support independently in memory of their colleagues, who died during the COVID-19 pandemic. Currently, the list has 444 names of medical workers from Russia and 61 employees from other countries - Ukraine, Belarus, Serbia, Tajikistan, Moldova, Kazakhstan, and Kyrgyzstan.