Russia to ban capture of killer whales and belugas in 2019

The catching of killer whales and belugas will be prohibited in Russia in 2019, a report prepared by the state ecological expertise of the Far Eastern department of the Russian Federal Agency for Supervision of the Use of Natural Resource (Rosprirodnadzor) said. 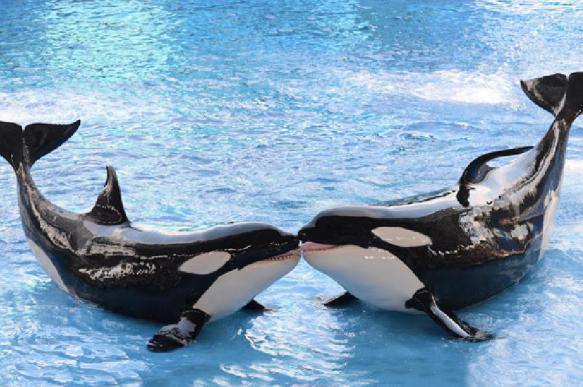 The news about 90 belugas and 13 orcas being kept in a "whale prison" in Srednaya Bay near Nakhodka, in the Far East of Russia, generated an international scandal. It was reported that the animals had been caught to be subsequently sold to sea aquariums in China. A criminal case was initiated, while many people arrange protest actions throughout the country, including in Vladivostok, demanding the capture of marine mammals should be banned.

In Vladivostok, as many as 30 people gathered for a meeting to protest against the capture of killer whales and belugas. The activists believe that holding marine mammals in captivity in sea aquariums should be banned throughout the world. This problem is not limited to the situation with the "whale prison" in Russia's Far East, because many people buy tickets to go to oceanariums and turn a blind eye to the problem, the activists say.

According to the investigators, the inspection of the so-called "whale prison" in Srednaya Bay revealed that fishing companies had no relevant documents for catching belugas and killer whales.   Specialists also found that eleven killer whales and 90 belugas did not reach sexual maturity, while 13 of them were younger than 12 months. Their capture is a serious violation of the Russian law, therefore a criminal case has already been initiated.