Sergei Savelyev, deputy head for international cooperation of Russia's federal space agency Roscosmos, accused U.S. President Donald Trump of trying to expropriate resources of the Moon and other celestial bodies after the US president signed an executive order in support of commercial space exploration. 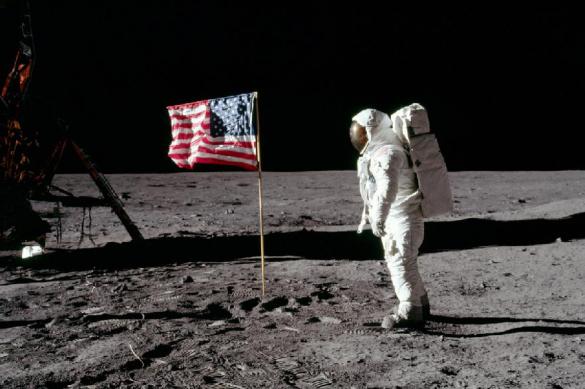 "Aggressive plans to seize territories of other planets can hardly encourage the countries to fruitful cooperation. History knows examples when one country decided to start seizing territories in its own interests, and everyone remembers what came out of it," Savelyev said.

On April 6, Donald Trump signed an executive order in support of the commercial development of resources on the Moon and other celestial bodies, instructing the US administration to object attempts to consider outer space as common property of  mankind. The text of the document was distributed by the press service of the White House.

"Americans should have the right to engage in commercial exploration, extraction, and use of resources in outer space in accordance with applicable law. States are not party to the Moon Agreement. In addition, the United States does not consider the Moon Agreement to be an effective or necessary tool for the leadership of nation states regarding the promotion of commercial participation in the long-term exploration, scientific discovery and use of the Moon, Mars or other celestial bodies," the order reads.

According to the document, the State Department and other ministries and departments should conduct negotiations at the international level to conclude bilateral and multilateral agreements on the use, development and extraction of resources on the Moon and other celestial bodies by private and public companies. The Secretary of State must report on the work done within 180 days.

The document, in particular, says that the United States does not recognize the the Agreement Governing the Activities of States on the Moon and Other Celestial Bodies (commonly known as the Moon Treaty), which was adopted by the UN General Assembly in December 1979.

"The Secretary of State shall object to any attempt by any other state or international organization to treat the Moon Agreement as reflecting or otherwise expressing customary international law," Trump's executive order says.

According to the US administration, the order does not introduce any changes to US policy, but strengthens the current position and confirms the 2015, which allowed Americans and American companies to conduct commercial development and production of space resources, including water and minerals.

In the spring of 2019, the United States National Aeronautics and Space Administration (NASA) announced a new, three-stage lunar exploration program called Artemis. The first of them (Artemis 1) provides for an unmanned flight of the Orion spacecraft on board the SLS (Space Launch System) rocket around the Moon and its return to Earth. The mission is to take place in the second half of 2020.

The second stage (Artemis 2) - a crewed mission, including a Moon flyby - is scheduled for 2022. At the third stage of the mission (Artemis 3), NASA expects to land astronauts on the Moon in 2024 and send them to Mars approximately in the mid-2030s.

It is worthy of note that NASA suspended the assembly of all Space Launch System (SLS) and Orion spacecraft due to the pandemic of the coronavirus infection.