In the southern part of the Krasnoyarsk region, as well as in the republics of Khakassia and Tyva, a fireball was seen flying across the sky in the evening of May 18. The explosion, which the fireball apparently produced, could be seen in many towns and settlements. 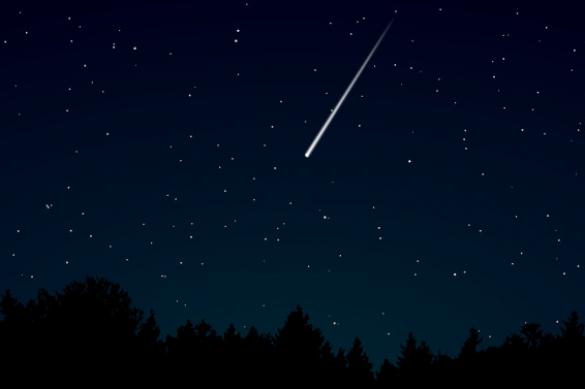 According to eyewitnesses, the fireball was falling from the sky towards the ground. It was falling at a large speed, so there are not many videos of the incident.

“I saw a ball of fire in the sky, it was flying quickly, leaving a beautiful tail in the sky, shimmering in different colors. It flew for a short time, for only three or four seconds,” an eyewitness said.

In the town of Kansk, CCTV cameras recorded the meteor at 22:40.

"This is a very rare phenomenon, when we can eyewitness such a large celestial body entering Earth’s atmosphere. This is not dangerous to us, because such bodies disintegrate and burn in the atmosphere. It is larger celestial bodies that can reach the ground, which is very rare,” Sergey Karpov, astronomer, doctor of physical and mathematical sciences, leading researcher at the Krasnoyarsk Institute of Physics said.

“I think that the size of this visitor from space, and this is a meteoroid, was about 50 centimeters  in diameter. This object is not large enough to cause destruction comparable to that of the Chelyabinsk meteorite, which was about ten meters in diameter. It entered the atmosphere and burned down, I don’t think that some parts of it fell to the ground,” the scientist said.

"Celestial bodies from one meter in diameter can be dangerous. Yet, it is not the actual fall that can cause a lot of destruction, but the blast wave which is created as the space body passes through the atmosphere at supersonic speed. Such a blast wave possesses tremendous destructive force at a long distance," Sergey Karpov added.