Two-time Olympic champion in artistic gymnastics, Tatiana Gutsu of Ukraine, accused six-time winner of the 1992 Olympic Games in Barcelona, Soviet and Belarusian gymnast Vitaly Shcherbo of rape after 27 years of silence. According to Gutsu, she was raped in 1991 in Stuttgart. 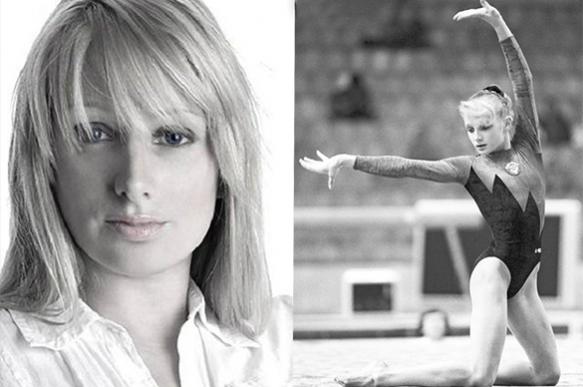 Tatiana Gutsu, 41, made her confession on Facebook as part of the global #metoo campaign, which started in the wake of the sex scandal with film producer Harvey Weinstein.

According to the former Soviet and Ukrainian gymnast, Shcherbo raped her at the age of 15. Her friends and people in the team knew about this, but no one stood up to protect Tatiana. In 1991, it was in the interests of the team to hush up the scandal as Shcherbo and Gutsu were two main hopefuls of the national team.

"The one who raped me in Germany's Stuttgart in 1991 was Vitaliy Shcherbo, a monster that caused me to stay in my cage for years. I know that you will try to protect yourself, but my evidence is stronger than your words. Now I am stronger than ever, and you will not be able to break me again.  This is my Cinderella story. I have left this behind, and I will support everyone who is afraid to speak out, I will try to be confident in my abilities to help others," the former athlete wrote.

During the Olympic Games in Barcelona, Tatiana Gutsu won two gold, one silver and one bronze medal.

Shcherbo, who is now 45 years old, in addition to six gold medals at the 1992 Olympics, won four bronze medals at the Games in Atlanta as part of the Belarus national team.

Vitaly Shcherbo, as well as US swimmers Mark Spitz and Michael Phelps are the only athletes in the world who have been able to win six gold medals at one Olympics. Vitaly Shcherbo's sports career ended in 1997, when he fell off a motorcycle and broke his arm.

Currently, Shcherbo and Gutsu work as coaches in the United States.