British singer Robbie Williams performed in Russia on May 24 at a closed party for guests and participants of the St. Petersburg International Economic Forum (SPIEF-2018). 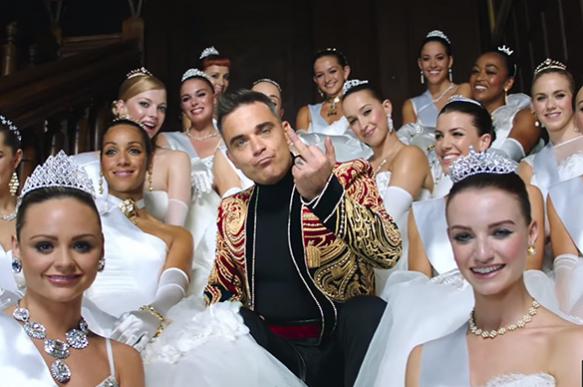 For wealthy representatives of the Russian public, Williams performed his hit song "Party Like a Russian", written in 2016 as a travesty of rich and powerful Russians (сlick here for a few videos).

Robbie Williams asked the audience: "Is it Germany? Is it England? Is it Spain? No? It is Mother Russia?" before proceeding to the song.

Attendance to the party with the Robbie Williams concert in it was exclusive. Every guest was supposed to have a person invitation to be able to attend the evening and enjoy the concert of the British musician.

Many praised Robbie for singing live very well. Those who were at the concert later said that the singer was happy to be on stage in Russia.

Champagne was flowing like water at the party. Organisers purchased  600 bottles of expensive Moët champaign, and all the bottles were empty several hours into the party. Famous guests, among them former presidential candidate Ksenia Sobchak, entrepreneur Mikhail Prophorov and many others, were treated posh dishes like octopus with potatoes, veal calf with tuna sauce, risotto and julienne.