Stanislav Govorukhin, one of Russia's most popular film directors, dies at 83

Stanislav Govorukhin, film director, a member of the State Duma of the Russian Federation, People's Artist of Russia, died on June 14. He was 83. 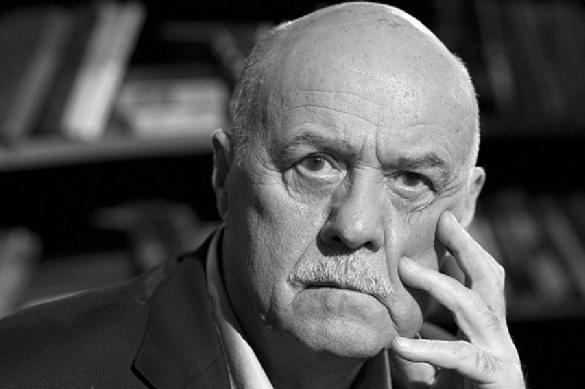 Govorukhin was hospitalised on June 13 in an extremely difficult condition. Stanislav Govorukhin did not feel well during Kinotavr Film Festival in Sochi. It was rumoured that the renowned director was on his death bed, but this press secretary denied the information and said that it was an "ill joke."

Stanislav Govorukhin was one of the most popular Soviet and Russian film directors since the 1960s. His films, often featuring detective or adventure plots, are commonly dominated by strong male characters who seek to revenge criminal acts but have to eschew commonly accepted social norms in order to succeed.

He is widely known in Russia for such motion pictures as "Vertical" (1967, in which Vladimir Vysotsky performed one of the roles and performed his songs), "The Life and Amazing Adventures of Robinson Crusoe" (1972), "The Adventures of Tom Sawyer and Huckleberry Finn" (1981) "In search of Captain Grant "(1985), "Ten Little Niggers" (1987), USSR's first-ever action thriller "Pirates of the XX Century "(1979, Govorukhin was also the scriptwriter), "The Place of Meeting Can Not Be Changed" (1979, one of the main roles in the film was played by Vladimir Vysotsky), "The Voroshilovsky Shooter" (1998) and many other works.

Stanislav Govorukhin was a man of work. He dedicated his entire life to film-making. Govorukhin was also a strong support of President Putin. Govorukhin did not pay much attention to his lifestyle: "I smoke a lot, I drink a lot, I do not have any daily routine. And I feel good," he once said.