A record rise in sales of kokoshniks - Russian traditional women's headdress - was reported in the cities that host the games of the 2018 FIFA World Cup. Since the beginning of the World Cup in Russia, the sales of kokoshniks have increased five times. Models in red color adorned with ribbons are most popular. 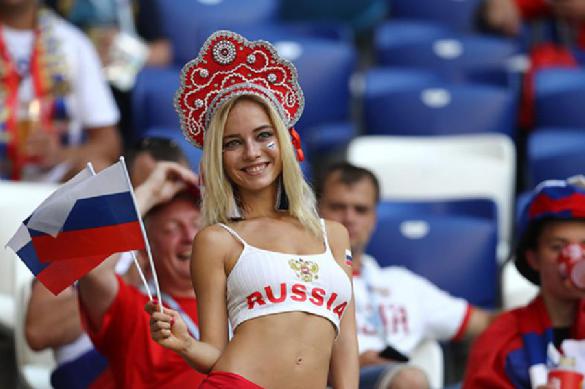 The sales of kokoshniks started rising already in the first week of the tournament (June 11-17) and increased five times during the fourth week (July 2-8). The price for this souvenir has grown as well - from 330 rubles in June to 910 rubles in July (5 and 14 US dollar respectively). The maximum price for high quality kokoshnik headgear may reach 3,000 rubles ($50).

The largest amount of kokoshniks was sold in Moscow, St. Petersburg and Sochi. The demand on kokoshniks is the highest among the fans of the Russian national team who attend the World Cup games. Foreign fans also opt to buy the traditional Russian headdress as a souvenir.

During the match between the national teams of Russia and Spain in the 1/8 finals of the World Cup, TV broadcasters showed a group of Russian fans on the stands - a woman and two men - wearing kokoshniks and eating sandwiches as if they were very hungry. Their photos went viral and became an Internet meme.