Anastasia Vashukevich, better known as Nastya Rybka, a national of Belarus, stated that she no longer had an intention to deliver the information about Russia's alleged interference in US elections to Washington. 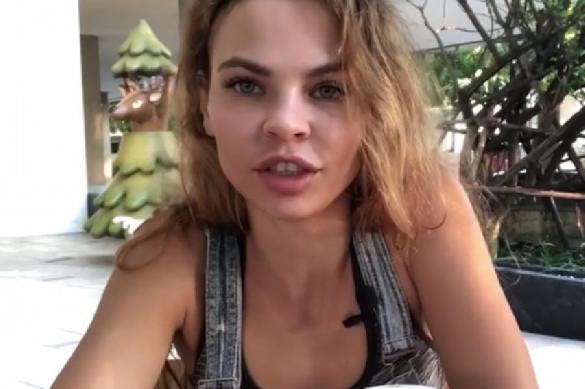 Originally, Rybka agreed to exchange the secret information if the US authorities could give her asylum in the United States. Anastasia Rybka remains in custody in Thailand, where she was arrested in February on charges of provision of sexual services. Back in February, the woman stated that she had had an affair with Russia's entrepreneur Oleg Deripaska. She had allegedly made a few video and audio recordings of Deripaska's meetings with other anonymous people. During those meetings, Rybka said, Deripaska was discussing "Russia's role in US elections."

Afterwards, FBI tried to talk to Anastasia Rybka, but the authorities of Thailand did not let them meet the woman. Now it appears that Rybka has changed her mind on her intention to share her information with Washington.

Rybka's representative told Vice News TV channel that Anastasia would be willing to deliver the recordings to Oleg Deripaska only. The woman allegedly decided that she must not deliver Oleg Deripaska's personal and confidential information to anyone else.

"Everything I have in terms of recordings, I'll give to Oleg and only Oleg," Rybka's representative quoted her as saying. She even named the price for that - "a date and a bouquet of flowers."

Nastya Rybka and her partner Alex Leslie were arrested in Thailand in late February on suspicion of illegal sex training. The two requested political asylum in the United States. In April, both Rybka and Leslie were acquitted of the case, but were charged again with providing sex services as a group. The two young people did not plead guilty to the charges.

In Russia, Vashukevich and Leslie appeared as defendants on the lawsuit filed by Oleg Deripaska. The latter claimed that Rybka exposed materials about his private life without permission. The materials appeared in Alexei Navalny's investigation, in which it was said Vice Prime Minister Sergei Prikhodko was holidaying on Oleg Deripaska's yacht. Navalny's report was based on photo and video materials from Rybka's book and Instagram account. Deripaska won the lawsuit winning 500,000 rubles from each of the accused.