French actor Samy Naceri, who became world famous after playing the leading role in the film  "Taxi", asked for medical help after a fight in a Moscow nightclub. The actor received required medical assistance and was discharged the same day, RIA Novosti reports with reference to Sklifosovsky Emergency Research Institute. 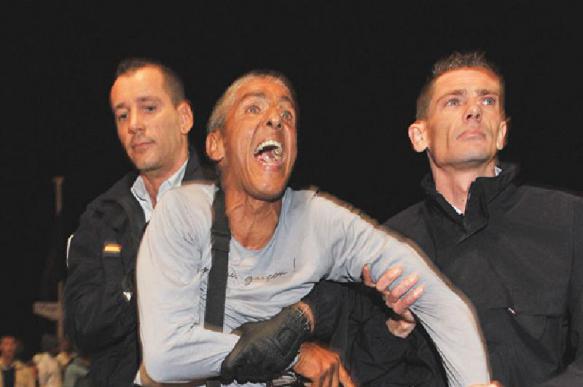 Naceri was beaten in Moscow's "Voice" karaoke club on Sunday, August 5, where the actor was spending time with brother Bibi Naceri. The fight occurred as a result of a conflict with another visitor, who punched the actor in the face.

Samy Naceri is known in France for numerous accidents and fights, in which he has been involved. The actors has been living in Russia for almost a year. In Russia, Naceri is making a motion picture directed by his brother Bibi. The shooting takes place in Rostov and Yalta.

Samy Naceri is also known for his love for Russia. He has repeatedly expressed a desire to obtain Russian citizenship.