Russia's Air Force One  - the airplane flown by President Vladimir Putin - is the Ilyushin Il-96-300. This is a long-range passenger aircraft that can fly without landing for as long as 13,000 km. Few people know what security systems are installed on the plane of the Russian president. 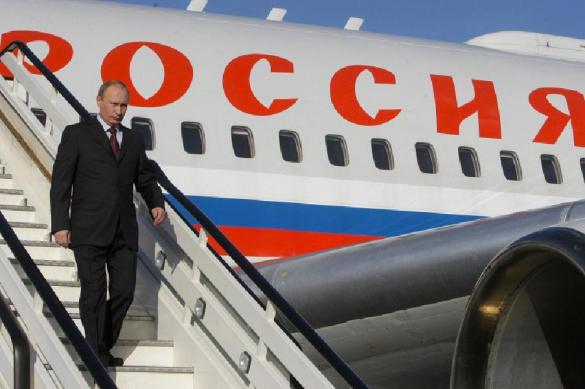 The Il-96 is completely made of Russian components. The aircraft is made in Russia completely. The group of presidential aircraft includes not only the Il-96, but also Tu-154, Tu-204, Yak-40, a Sukhoi Superjet and two Airbus-319. The president can also use two helicopters when needed.

Currently, IL-96 is not profitable commercially, so there is no mass production for this aircraft. The aircraft is manufactured piece by piece, exclusively for the needs of the president. When traveling by air inside Russia, the president can use any other aircraft from his fleet. The Il-96 is used for traveling for international flights to summits to other countries.

When the presidential plane goes on its flight, it is escorted by fighter jets of the Russian Air Force throughout the flight. There is also an additional aircraft following behind.

In the event of an attack on the presidential aircraft, escorting jets will fight to repel it. They can use air-to-air and air-to-surface missiles. If necessary, the fighters will sacrifice themselves to save the presidential plane, and if the actions of the fighters to prevent the attack are not enough, the president's plane can independently repel attacks.

The body of the presidential Il-96 is made of special radio-absorbing materials that make it invisible to radars. The flight route is always strictly classified. When the president's aircraft is flying above the territory of the Russian Federation, Russian air defence systems escort it too to intercept possible attacks.

According to unconfirmed reports, the president's aircraft is equipped with systems for evading enemy missiles. The Il-96 can also release heat traps. The aircraft is also equipped with electronic warfare systems known as Mercury and the Curtain. These systems can either misguide a missile or destroy it as it is approaching the target.

If all measures to counteract an enemy attack are exhausted and the plane cannot repel a missile strike, the president can escape in a rescue capsule.

Given all of the above, the protection of the presidential airliner enables it to avoid any type of enemy attack in the air on the level of 99 percent.