The story of two boys, who were abandoned by their father at Moscow's Sheremetyevo Airport, has received an extensive media coverage in Russia. 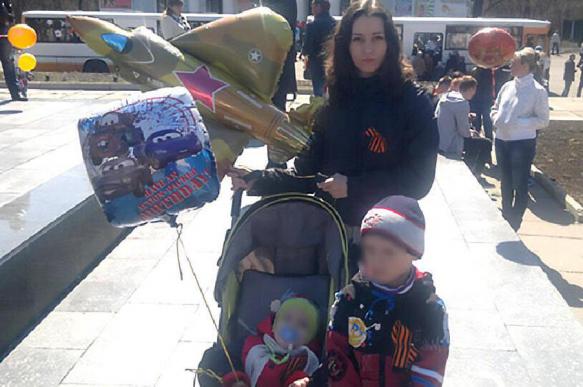 Viktor Gavrilov, a 41-year-old resident of Komsomolsk-on-Amur, abandoned his two boys at the airport  terminal, having left a note. He wrote that he was forced to leave his children due to financial problems, but he promised to come back for them later. The man's wife accused him of domestic violence. However, it turned out that the woman can hardly be referred to as a good mother too.

'I'll come to pick them up later'

The story of two little boys, left by their father at Sheremetyevo Airport in Moscow, began on the evening of January 26. Officers found the two boys, aged five and seven, after 18:00. The children from Komsomolsk-on-Amur (the Khabarovsk region) had all their documents with them, including school diaries, as well as a note from their father, Viktor Gavrilov. In the note, the man asked authorities to help his children, to temporarily accommodate them in an orphanage:

"At the moment I have a very difficult financial situation. I'll pick them up later. Please do not separate the children. Their doucments are in the backpack. I am sorry, but I do not see any other way out of this," the man wrote in the note.

It became known later that Gavrilov arrived flew Moscow with his children from the airport of Khabarovsk, and then disappeared. In a conversation with airport employees, the boys said that their father had already abandoned them before. As soon as the children were found, employees of the Moscow Interregional Investigative Department for Transport started investigation.

Representatives of child protection services said that the children would be accommodated in a social institution until their closest relatives are found. The boys were left at a Moscow hospital under the supervision of doctors and psychologists. However, it became known the next day that the boy's closest relatives did not want to take them into custody.

Family is society in miniature

Law-enforcement agencies found the boys' mother, Olga Pushkarva, in Komsomolsk-on-Amur. She did not know anything about the situation with her sons:

The couple divorced in 2018, and the court left the children to Gavrilov. After the divorce, Victor stopped letting his ex-wife see the boys. children and did not communicate with her. According to Olga Pushkareva, Gavrilov would frequently assault and humiliate her during their marriage. She had had four brain concussions and scars from stab wounds. When Victor was fired from his job, he came home and shaved his wife's hair off. Olga also said that her husband was doing all that in front of the boys' eyes, telling them that their mother was a very bad woman. At one point, one of the boys stopped talking and started stammering after treatment.

According to Victor Gavrilov, who turned himself in the Rostov region of Russia, his wife Olga would leave him many times during their family life. At one point, she left him and their children completely, while her relatives were unaware of her whereabouts for a long time.