Dmitry Yazov, last Marshall of the USSR, dies at 95

Dmitry Yazov, the last marshal of the Soviet Union, Dmitry Yazov, died in Moscow after a serious and prolonged illness at the age of 95, the Ministry of Defense said. 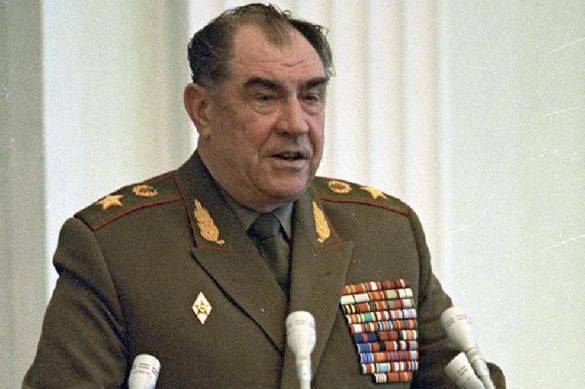 "The funeral will most likely take place in three days - on February 28. Dmitry Yazov will be buried at the Federal Military Memorial Cemetery near Moscow," said Nikolai Deryabin, the chief of the Club of Military Comanders said.

In connection with Dmitry Yazov's death, a commission will be established at the Ministry of Defense to arrange the funeral. The commission will most likely be headed by the Defense Ninister himself or one of his deputies. During the funeral, Yazov will be given all military honors.

Dmitry Yazov received the rank of the Marshal of the Soviet Union in 1990 and became the last military commander to whom the rank was awarded. He was also a veteran of the Great Patriotic War and the last Minister of Defense of the USSR (he served as the Defense Minister of the USSR in 1987-1991).

Dmitry Yazov was born in 1924 in the Omsk region. In 1941, at the age of 17, he joined the Red Army and was trained at the Moscow Red Banner Infantry School. He started serving at the front in 1942. By the end of the war, he was the platoon commander, was wounded twice, participated in battles near Leningrad and in the offensive in the Baltic.

In 1987, Dmitry Yazov became the Minister of Defense of the Soviet Union with the rank of the army general. In 1990, Mikhail Gorbachev awarded him the rank of Marshal. In 1991, Dmitry Yazov joined the putsch of the State Emergency Committee and ordered to bring tanks into Moscow. After that, he was dismissed and arrested. He was released from custody only in 1993 together with other members of the State Emergency Committee and was amnestied by the State Duma in 1994.

After his resignation, Yazov served as an adviser and inspector general at the Ministry of Defense. On February 4, 2020, he was awarded the Order of Merit to the Fatherland (3rd degree).