Russian President Vladimir Putin advised the Russians not to snatch up foodstuffs from grocery stores. There is no need to stock up supplies as food deliveries are stable, he said, adding that many of those supplies would go bad soon, while people would not be able to return their money for them. 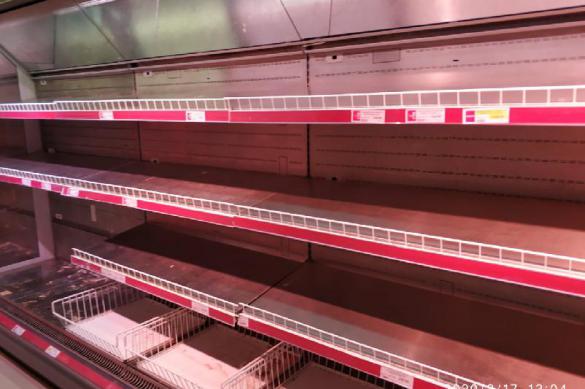 "People are buying a lot of foodstuffs now, but in fact, there is no problem. We have a very stable supply situation. We monitor the situation with retail chains. The most important thing is that we monitor the average cost of the grocery basket for each region. We receive this information online, this is not some sort of statistical data," Russian Prime Minister Mikhail Mishustin told Putin during a special meeting.

Putin set out a hope that people would calm down soon. "It's important that people understand the situation is reliable, so that they do not spend money on food products, which will have to be thrown away in a while," Putin said.

Meanwhile, it was reported that food supplies in Russian chains would be enough for two months. Food stores operate normally, supplies are being replenished normally. Ilya Vlasenko, spokeswoman for the Association of Retail Companies said that retailers record an increased demand for:

As explained by Ilya Vlasenko, retail chains started purchasing more essential goods. It goes about such products as:

Retail chains have no problems when it comes to main product categories: supplies and deliveries are going normally, as usual. Yet, the demand for cereals and canned food has grown by 200 percent. Compared to the previous week, sales of canned meat and buckwheat have doubled, whiles sales of pasta, sugar and canned fish have sored 1.5 times. Sales of toilet paper have grown by 40 percent.

Consumers in Moscow and in the region were the first to react to the crisis caused by the ongoing spread of coronavirus in Russia. The sales volume in Moscow hypermarkets increased by 54 percent during March 9-15, compared to the same period last year. An electronic analysis of 40 million checks from more than 900,000 online cash registers showed that the average check increased 1.5 times - up to almost 2,600 rubles. At the same time, sales volumes in supermarkets and convenience stores have not changed.