Starting from April 15, traveling by personal, official and public transport in Moscow can only be possible if a person has a digital pass. Huge traffic jams and long lines of people appeared on roads and in front of entrances to metro stations. 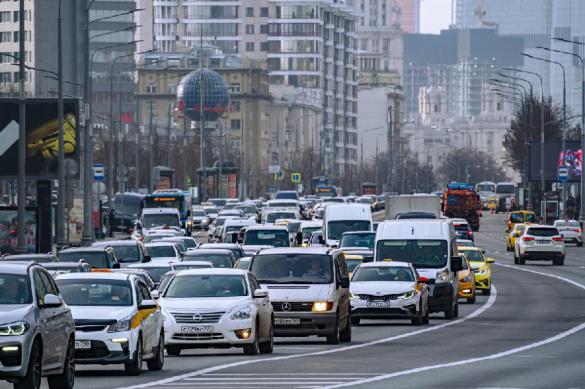 Traffic jams were formed practically on all major highways towards the center of the city. Traffic police took control of 160 highways leading into the city. The highways were narrowed to one or two lanes. Every car driver and every passenger is supposed to have digital passes to be able to move around Moscow. If there is no such pass, a person will have to pay the fine of 5,000 rubles (about $60).

Many people have to spend hours being stuck in traffic jams. ER vehicles are no exception - they are stuck in traffic as well. An inspection takes about 30 seconds: traffic police officers scan car numbers to find out if the driver has a digital pass. Afterwards, officers ask for driver's license and passport to see that the information matches the pass.

In the metro, passengers have to spend 30-40 minutes waiting. The mandatory distance of 1.5 meters between people is not observed. Police officers check passes at all stations of the Moscow metro. It takes several minutes to verify each pass, many people are denied access to the metro. A few more minutes are required to explain reasons to everyone.

People  have to spend a lot of time in overcrowded and stuffy underground passages and vestibules of metro stations, thus creating very good conditions for the coronavirus infection to spread.

Meanwhile, eleven patients died in Moscow over the past 24 hours. All of them had coronavirus-caused pneumonia in addition to concomitant diseases, including hypertension, pyelonephritis, chronic hepatitis C, and diabetes mellitus. Three had chronic bronchitis.