The level of confidence in Russian President Vladimir Putin in March fell the lowest point in 14 years, a new poll conducted by All-Russian Public Opinion Research Center (known for the Russian initials as WCIOM) said. 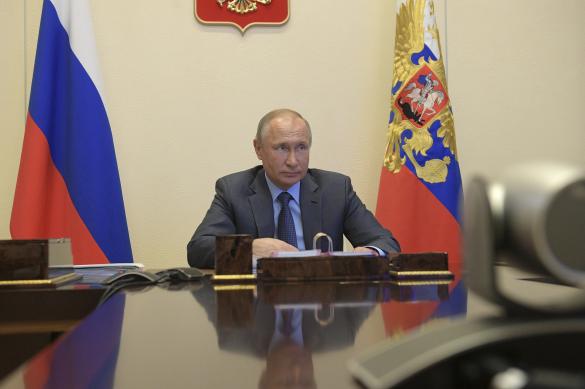 In the most recent study, WCIOM asked an open-ended question - "Speaking of politicians, whom do you trust?". The direct question about confidence specifically to Putin was asked in a survey conducted on April 19. As many as 69.8% of respondents answered positively to that question. The peak of confidence in Putin in a survey conducted with a closed-ended question was reported on January 26, 2020 - 73.9%. March 22, the level of confidence fell to the lowest value - 67 percent.

WCIOM was conducting surveys on the closed-ended question until May 2019. However, after only 30.5% of respondents declared confidence in Putin, sociologists switched to closed-ended questions, which implies a clear answer, for example: "Do you trust [this policy-maker]?" In addition, WCIOM began to publish measurements of Russians' trust in politicians once a month. Prior to that, they would be published weekly.

Levada Center also reported a decline in the ratings of the Russian president.

The level of trust in Prime Minister Mikhail Mishustin was 52.1%, a poll with a closed-ended question showed, which WCIOM conducted in the middle of April. As many as 38.9% of respondents approved of the new prime minister's work. The work of his predecessor, Dmitry Medvedev, found approval with almost the same number of respondents - 38.1%. By April 19, only 25.2% trusted Medvedev as Prime Minister.