Five people were killed in a fire that sparked in the intensive care unit at St. George’s Hospital in St. Petersburg, which was earlier redesigned to treat patients with coronavirus. 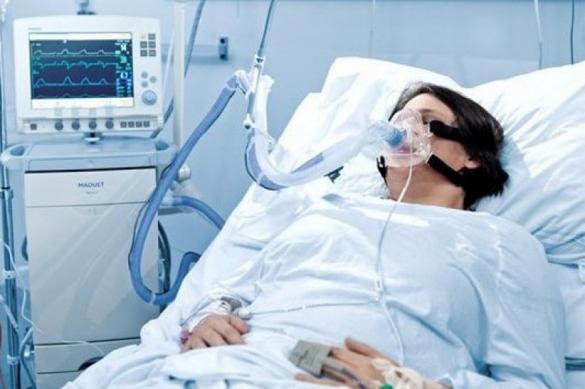 The fire occurred on the sixth floor in the intensive care unit, the fire affected an area of ​​ten square meters.

All the killed patients were connected to ventilators. Four of them died as a result of carbon monoxide exposure, another one died when the ventilator, to which the patient was connected, was turned off. According to preliminary reports, the fire started due to the hazardous overload of the ventilator.

"The ventilators are operating to the maximum. It is believed that the equipment was overloaded, and the apparatus caught fire," officials said.

Reportedly, there were 16 patients in the department at the moment of the accident. Hospital personnel managed to move eleven of them to another wing of the building. In total, as many as 150 people were evacuated from the building; the fire was localized. All the patients and personnel, who were staying in the intensive care unit during the fire, were transferred to the first floor of the hospital.

The Investigative Committee opened a criminal case under Part 3 of Article 109 of the Criminal Code of the Russian Federation "Causing death by negligence." Prosecutors currently look into compliance with fire safety requirements at the hospital.

On the evening of May 9, a fire occurred in the building of the Moscow hospital No. 50 named after Spasokukotsky, where patients with coronavirus are also admitted. The fire broke out in the intensive care unit and began to spread along the first floor, having killed one woman patient with COVID-19. Three others were injured.

Within 30 minutes, all 295 patients were evacuated. It is believed that the fire started because of defective ventilators too.

According to law enforcement agencies, the ventilators that caused the fires at hospitals in Moscow and St. Petersburg were manufactured at one factory - the Ural Instrument-Making Plant. The ventilator at the fire-affected hospital in St. Petersburg was installed there on May 3.

According to preliminary reports, the fire at the Moscow hospital occurred as a result of short circuit, which caused oxygen to catch fire. Other versions include short circuit, malfunction, overload and improper operation.