A wild bear attacked a man in the city of Yaroslavl. Local hunting inspectors found the bear and shot the animal dead. 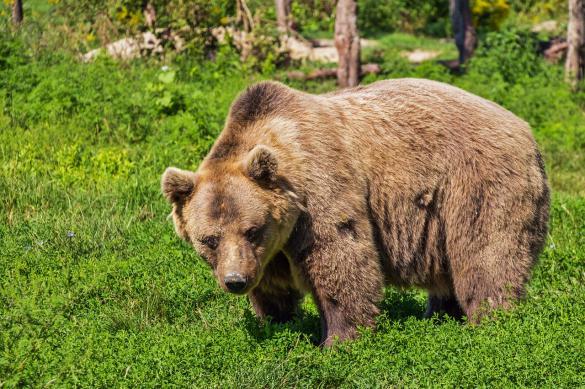 The man, named as Yevgeny Zolotov (26) was walking along Panin Street in the residential neighborhood of ​​Bragino, which is the most densely populated neighborhood of ​​Yaroslavl. He was returning home after visiting a friend, when a bear appeared from behind a tree. Racing along the empty street, the predator noticed the man and attacked him. The young man was startled to see the wild predator in the center of the city and did not even realize that it was happening to him.

“There is nowhere to run, nobody was around, the bear attacked and bit me. I could barely stand  on my feet and screamed in pain,” said Zolotov.

He suffered a lacerated wound to his thigh and abrasions from the animal’s claws. Fortunately, the wounds were not serious as the animal was scared away as a car was passing by. The man was hospitalized and received all necessary assistance.

Taxi cab driver Anton Ushakov, who saved the victim, said that he was standing on the sidelines when he saw a bear running by.

“I saw the bear running towards the man and attacking him. As soon as I saw what was happening, I started blaring the horn of my car, I turned headlights on and started the engine. I helped the guy get into the car, and I could see that he was shocked – he was still looking in the direction, where the bear disappeared,” the driver, who rushed the wounded man to the hospital said.

It was later reported that the bear was rambling around the streets of Yaroslavl for hours. Representatives of the Department of Environmental Protection and Nature Management, the behavior of the animal was completely inadequate. The video of the attack suggests that the bear could have rabies. It was decided to shoot the animal dead to exclude another attack on people.

Specialists said that the bear was about three years old. Its weight was about 80 kg.