Russian law enforcers will not allow riots during the World Cup, which Russia is hosting this summer, representatives of the Russian Interior Ministry said. 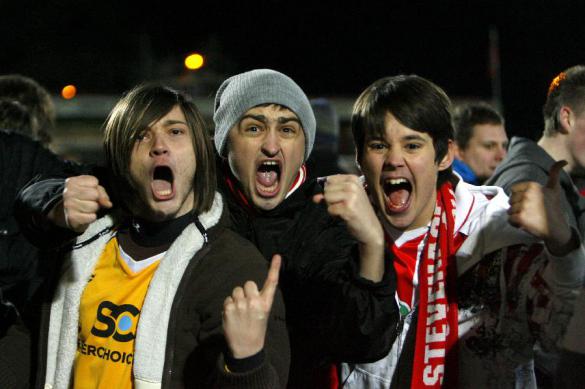 Russian law enforcement agencies do not think that mass fights, similar to those that took place during the European Championships in France in March 2016, can be possible during the World Cup in Russia, Deputy Minister of Internal Affairs Igor Zubov, said.

Zubov's statement came as a comment from The Daily Star publication, which earlier said that British fans of several football clubs, in particular Millwall, West Ham, Manchester United, Manchester City and others, were going to come to Russia to unleash WWIII for Russia fans and show them "hell."

"This is a very bold statement. Yet, those fights that one could see happening during the European Football Championship in 2016 in France, are not going to happen in Russia," he said.

The official also said that all those instigating riots would be deported from Russia. "We will not allow any mass fights. We can do this," he summed up.

The World Cup 2018 is going to take place in 11 Russian cities - Moscow, St. Petersburg, Kazan, Rostov-on-Don, Nizhny Novgorod and others from June 14 to July 15. In connection with the tournament, Russian President Vladimir Putin instructed to introduce special security measures in the country.