One does not need to listen to Sergei Stakhovsky, a Ukrainian tennis player, who advertises himself through politics, Olympic champion Svetlana Zhurova told Pravda.Ru commenting on Stakhovsky's Russophobic remarks. 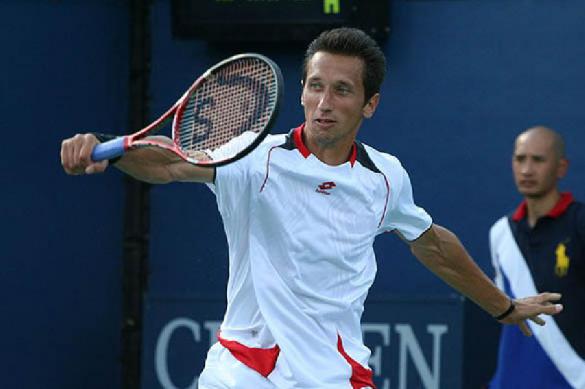 Ukrainian tennis player Sergei Stakhovsky said in an interview with 112.ua website that he was biased about the Russian language. "When I hear someone speaking Russia, then I just...It doesn't matter what accent a person is speaking, but it makes me wanna strangle him at once."

Later in the interview, the athlete said that he was joking. When a journalist reminded the athlete that he himself was speaking Russian at that moment, Stakhovsky immediately switched to Ukrainian. Sport was inseparable from politics, Stakhovsky added accompanying his statement with obscene language.

"One does not need to listen to a tennis player like Sergei Stakhovsky, who is wasting his breath," Russian tennis player and Olympic champion Elena Vesnina told Pravda.Ru. "He loves to advertise himself on the situation in Ukraine, but in fact he speaks Russian very well. He had worked a lot with Russian coach Boris Sobkin, and his wife is Russian too," Vesnina told Pravda.Ru.

"Sport is not tied to politics. Athletes do not like to go there. We do our work, we perform for our countries, we win our titles, but people like Stakhovsky make problems out of nothing. We get along with all Ukrainian tennis players very well," Elena Vesnina added.

Olympic champion, Russian MP and First Deputy Chairperson of the State Duma International Committee, Svetlana Zhurova, told Pravda.Ru that Stakhovsky was possibly trying to provoke a reaction out of the journalist. "There are athletes, who can make such wacky jokes. There was a story of figure skater Yevgeny Plushenko, who made a joke, but journalists accepted it at face value. It seems that journalists are adding more fuel to the fire, because they immediately realise that this is some clickable news that causes interest in readers. Therefore, I will not be flatly accusing the tennis player of his Russophobic views. Maybe he was in the mood to play this game with the journalist who was interviewing him," Svetlana Zhurova told Pravda.Ru.