The first goal at the World Cup was scored by Russian midfielder Yuri Gazinsky. The first game of the FIFA World Cup 2018 ended with Russia scoring five goals to Saudi Arabia with the latter scoring zero. 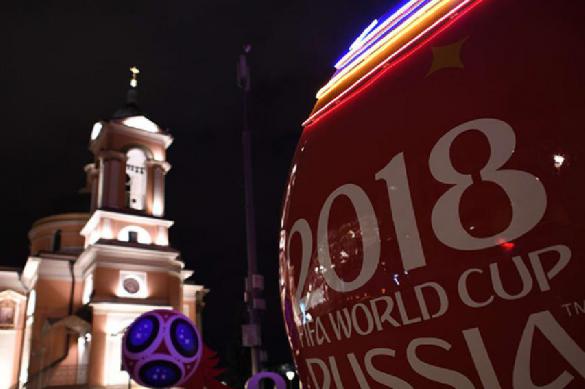 After the game, the Crown Prince of Saudi Arabia, Mohammed bin Salman shook hands with Russian President Vladimir Putin, who was on the stands. Before the match, Putin told the Saudi Crown Prince that he could not wish good luck to the Saudi team. The prince said in response that he would be pleased with any result.

The first match of the World Cup 2018 held on Moscow's Luzhniki Stadium ended with Russia's victory 5:0.

Midfielder of the Russian team Alan Dzagoev was injured in the first half and could not continue the match.

The Russian national team has won a World Cup match for the second time in history. The previous game, which also ended with a large score, took place at the World Cup 1994, when the Russians defeated Cameroon 6-1.

Only one match was planned for the first day of the World Cup 2018 - the group stage will continue on Friday, June 15, when a second match in Group A, where the Russian national team is performing, will be held for teams of Uruguay and Egypt. The match will take place in Ekaterinburg.

Next, team Russia will play against Egypt on June 19 in St. Petersburg. Egypt's strongest forward Mohammed Salah is likely to perform in the game after suffering an injury. Team Saudi Arabia will play in Rostov-on-Don against Uruguay on June 20.