Ukrainian officials released another portion of epic anti-Russian statements. The head of the General Staff of the Ukrainian Armed Forces, Viktor Muzhenko, found a threat in "Zapad-2017" military drills, which Russia is going to conduct with Belarus. The Ukrainian general stated that Russia was planning to attack Ukraine from three directions, although "main forces will be concentrated on the territory of Belarus." 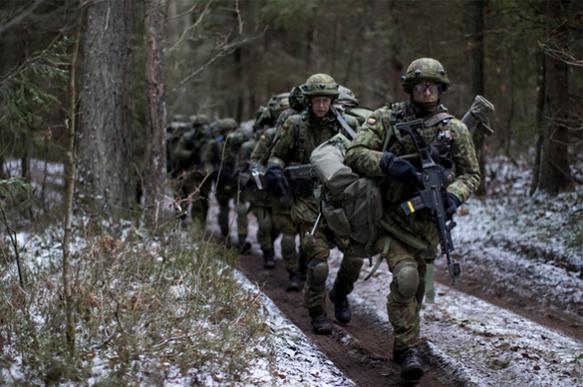 According to Muzhenko, there is a purpose, for which Russia has been deploying troops to Belarus.  Ukrainian intelligence services calculated that Russia would use 4,000 railway carriages to deliver military hardware and personnel to Belarus. This amount exceeds the norm three times, the official said.

Interestingly, Ukrainian officials rely on social media in their reports. According to them, Belarusian citizens complained on the Internet that they were forced to leave their homes located in the vicinity of military airdromes. The locals are told to leave to let Russian military men move into their apartments, Muzhenko said.

"Such actions can allow the enemy to significantly reduce the time required for the establishment of strike groups in Western and South-Western strategic directions. This creates a direct threat for Ukraine's security," the general said.

Earlier, Secretary of the National Security Council of Ukraine, Alexander Turchynov, stated that the Russian military will hold the "West-2017" drills to simulate an attack on Lithuania and Poland.

russia belarus ukraine armed forces war in ukraine
21:59
COVID-19 serves as major rehearsal operation to prepare for biological war
20:23
Poland wants to fine Gazprom without losing Russia's natural gas
19:15
Russia surprises Cyprus by exiting double taxation agreement
12:28
Preparing for the Covid New Reality
20:09
Russian customs general collects gold bars and luxury watches at work
19:47
Poland insists Lech Kaczynski's Tu-154 aircraft was blown up intentionally
13:52
Anarchy is the end result of capitalism
13:43
What are the benefits of joining the military?
12:01
A Determined Path to the SDGs in 2030 Despite the COVID-19 Pandemic
13:17
The fear of COVID-19 will kill you
Columnists
Preparing for the Covid New Reality