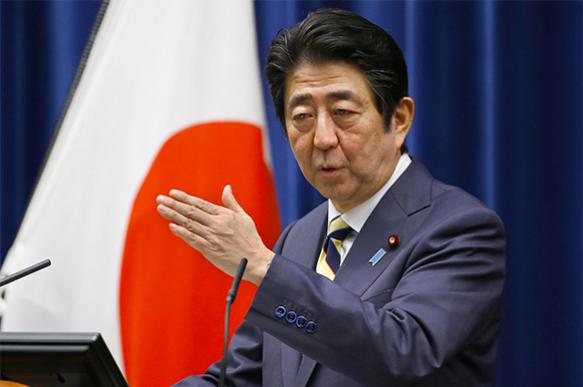 "The DPRK has developed intercontinental ballistic missiles that can reach Europe. This is a serious threat that the entire international community is facing," Abe said, Kyodo agency said.

According to Shinzo Abe, the world needs to maximize pressure on North Korea rather than conduct negotiations with the hermit kingdom to force North Korea abandon its nuclear and missile programs.

The same thesis was voiced following the meeting of NATO Secretary General Jens Stoltenberg with Foreign and Defense Ministries of Japan Taro Kono and Itunori Onodara.

In a joint statement, the Japanese prime minister and the NATO secretary general demanded the DPRK should terminate its nuclear and missile programs.

The parties to the talks do not mention China. Japan and Western countries thus criticize Beijing that has been increasing its activity in the region and has maintained territorial disputes with a number of countries in the South China Sea.