Good news: Putin-Trump meeting in Vietnam will not take place

The meeting of US and Russian presidents Donald Trump and Vladimir Putin at the APEC summit in Vietnam will not take place. Pravda.Ru requested an expert opinion on the subject from deputy dean of the Faculty of World Economy and Politics of the Higher School of Economics, Andrei Suzdaltsev. 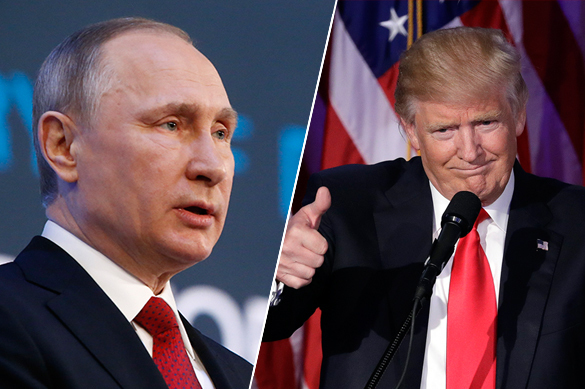 "One should take account of the political situation in the United States and the law against Russia. Even if the unimaginable could happen and Russia returned the Crimea to Ukraine, the USA would keep all sanctions against Russia in effect. Donald Trump could be a trend setter inside the United States, but he is a dwarf when it comes to foreign politics. He cannot be compared even to George W. Bush. He had to show others that he can make decisions. It was Donald Trump's initiative to meet Putin on the sidelines of the APEC Summit. He wanted to meet Putin to discuss Syria and North Korea, but he is unable to decide anything.

"What kind of a dialogue can Russia have with the Americans? A dialogue implies equal relationship. There is no dialogue between Russia and the USA, and the Americans do not fulfil agreements. The Americans dictate rather than negotiate: they tell Russia to give the Crimea to Ukraine.

"When speaking in Sochi, Putin voiced an agreement that the Americans did not fulfil: the 1971 treaty on missile defence. That is, there is nothing to agree upon. How can we help America with North Korea? This is their crisis. We asked them to stop defence drills in the region of the Korean Peninsula, but the Americans do not like it. Therefore, the fact that the meeting between Putin and Trump is not going to take place in Vietnam is good news. Russia has done everything it could do and there will be no other concessions made."