Journalist Vasily Golovnin published a sensational message in his Telegram channel. The message that has not been confirmed yet, though, says that a tripartite summit with the participation of Russian President Vladimir Putin, Chinese President Xi Jinping and the leader of the DPRK Kim Jong-un may take place on June 9 in the Chinese port of Qingdao. 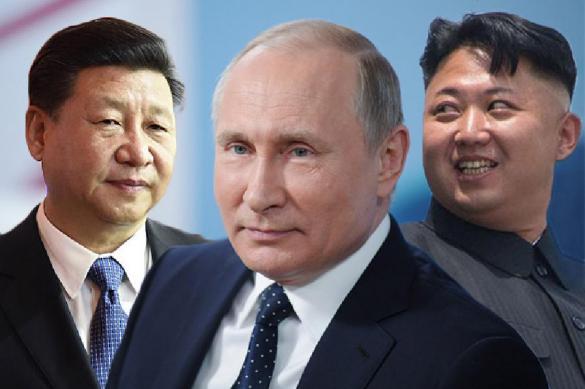 The summit of the Shanghai Cooperation Organisation (SCO), chaired by Chinese President Xi Jinping, will be held on June 9-10 in Qingdao. Russian President Vladimir Putin is invited to the summit.

According to Golovnin, the appearance of North Korean leader Kim Jong-un at the meeting would become "an absolute sensation and a powerful political signal," which, in turn, would strengthen the position of the DPRK at the upcoming meeting in Singapore with US President Donald Trump.