Ukrainian officials claim it was President Poroshenko, who ordered to shoot down Flight MH17

Ukrainian politicians do not exclude that it was President Petro Poroshenko who ordered to shoot down Boeing 777, Flight MH17, over the Donbass. 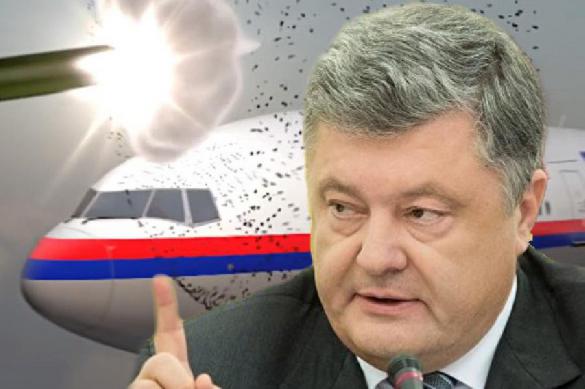 The rhetoric of the West regarding the Donbass air crash has changed lately. Not that long ago, Dutch officials stated that Ukraine might have been involved in the attack on the civilian plane.

In this regard, Ukrainian politicians, who previously defended Ukrainian President Poroshenko, now backpedal on many issues. For example, former Ukrainian MP Alexei Zhuravko said that Poroshenko was personally responsible for the crash of the Malaysia Airlines Boeing.  "First off, I think that personally Poroshenko himself is directly to blame for the fact that the Boeing was shot down. I also believe that it was him who ordered to do it. I can say with certainty: people close to  Poroshenko already say that Poroshenko gave an order to shoot down that very aircraft," Zhuravko said.

Speaking on "Special Article" talk show, Zhuravko said that he was making such statements consciously because the state of affairs in Ukraine "resembles sinister hell."