John Kennedy, an American senator, said after visiting Russia with other congressmen, that the talks with the Russian administration were reminiscent of communicating with mafia mobs. 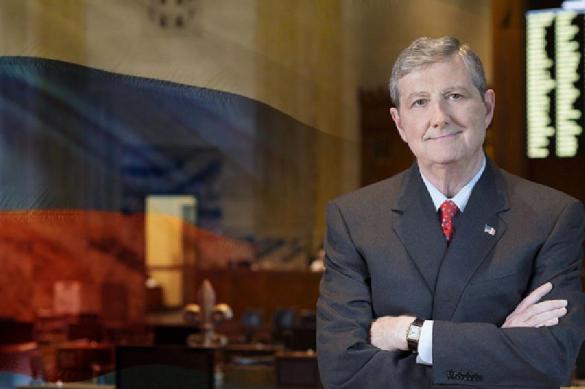 Kennedy was not so negative in his remarks about the upcoming meeting between Putin and Trump, although he does not believe that the summit will bring any significant results in the development of relations between Russia and the USA.

In the meantime, the Kremlin is aware of the fact that the American establishment remains under the influence of "stereotypes and Russophobia."

Putin's spokesman Dmitry Peskov told reporters Tuesday that officials of the Russian administration do not wear rose-tinted glasses. At the same time, Peskov added, it is hard for him to understand why the senator released such a statement. "Of course, it is difficult to understand such words, I do not know in what context he said that," Peskov said.

The meeting between the American delegation and Russian Foreign Minister Sergei Lavrov was held on July 3. Officials discussed "certain international and regional issues" and talked about "possibilities to resume contacts between legislative authorities of the two countries."

US and Russian presidents Donald Trump and Vladimir Putin are to meet in Helsinki, Finland, on July 16.