The authorities of Ukraine consider a possibility to stop the railway communication with Russia, Ukrainian Minister of Infrastructure Vladimir Omelyan said. 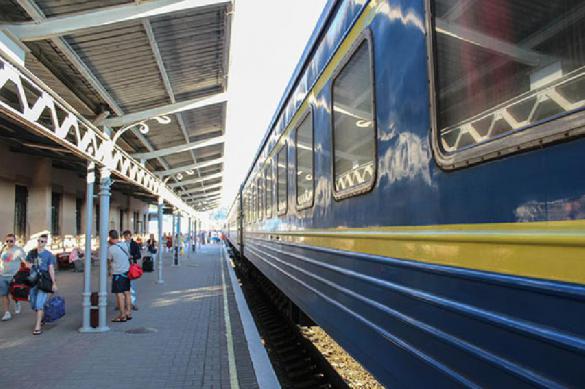 "We are now considering the option of closing the railway communication with Moscow," Omelyan said during a TV show.

Last year, Omelyan stated that the Ukrainian authorities could cut the railway communication with Russia in 2018. Ukraine's losses from the termination of the movement of Russian trains through the territory of Ukraine would make up only one hryvnia, the official said. It is worthy of note that one Ukrainian hryvnia (UAH) equals 0.037 USD.

However, officials with the administration of the Ukrainian railway transport company (Ukrzaliznytsia) said that that the most profitable Ukrainian train in 2017 was the train from Kiev to Moscow. The train returned almost $6 million in profits. All in all, long-distance passenger transportation traffic in Ukraine was unprofitable. Its total losses amounted to 3.5 billion UAH (about 7.5 billion rubles).

The air communication between Russia and Ukraine was cut in October 2015 on the initiative of the Kiev authorities. Passenger trains still travel between Kiev and Moscow, but their number has decreased many times compared to the situation prior to the coup in Ukraine.