Asma Assad, the wife of the President of the Syrian Arab Republic Bashar Assad, addressed the people of her country. Earlier, it was reported that Bashar Assad's wife was diagnosed with cancer. 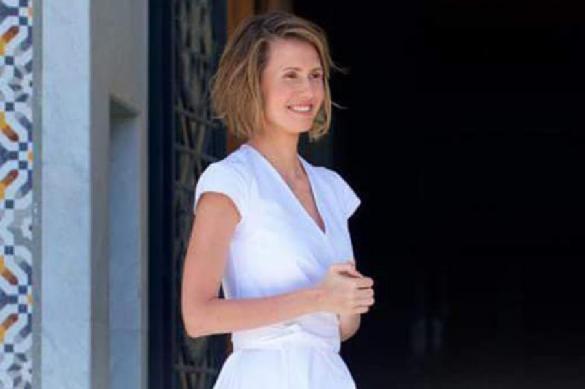 In her address to the nation, Asma Assad spoke about her belief in a brighter future of Syria. She said that she learned to believe so from ordinary Syrians, who show the whole world how to adequately withstand difficulties.

Asma Assad was diagnosed with breast cancer at an early stage of the disease. Asma currently stays at hospital, where she undergoes a course of treatment.

Asma Assad was born in London and holds dual British-Syrian citizenship. Educated in the field of computer technology and French literature, she had worked in various banks for a long time, specialising in investment and merger.

She moved to Syria in 2000. A month after the move, she married Bashar Assad. The would-be Syrian president was promoted to lieutenant-general and appointed supreme commander in chief of the Syrian army the same year.