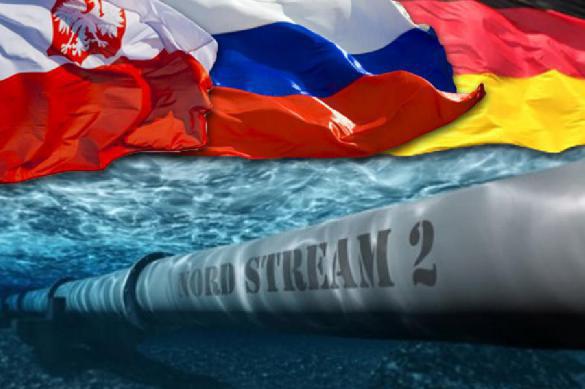 According to Macierewicz, Poland needs to develop an alliance with the United States of America, because it is only the USA that can help Poland survive. American army bases and no Nord Stream 2  - this is what Poland needs, the official said.

Having built the North Stream-2 gas pipeline system, Russia and Germany will get stronger and make not only Poland, but literally the whole of Europe dependent on them, Macierewicz summed up.

Nord Stream 2 still remains a stumbling block among Western countries. Many countries believe that the new gas pipeline is being built as part of Russia's aggression in Europe. Ukraine, Estonia, Latvia, Lithuania, Romania, Hungary and Denmark are opposed to the project. The list of supporters includes Germany and Russia, the Netherlands, the United Kingdom, Austria, France, the Czech Republic, Finland, Switzerland, Malta, Slovakia and Norway. Most of these countries simply want to get rid of the unnecessary payments to transit countries and gain access to inexpensive fuel.