President of Turkmenistan buys luxury rally car for €520,000 in the midst of food crisis

The Mini Cooper rally vehicle, which President of Turkmenistan Gurbanguly Berdimuhamedov used to prepare for Amul-Khazar 2018 rally, was purchased for 520,000 euros, the Chronicles of Turkmenistan publication said. 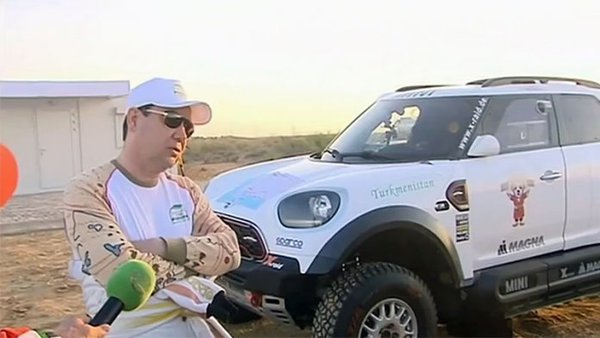 The vehicle was purchased on June 7, 2018. The state television aired the president's training drive a month after the purchase, on July 11. The rally took place in September, but Berdimuhamedov did not take part in it.

It is worthy of note that the Mini Cooper was acquired in June, when a financial and food crisis struck Turkmenistan. The dollar exchange rate on the black market of the republic exceeded the official one by 9.5 times (29 Turkmen manat per one dollar vs. the 2015 rate of 3.5 manat per dollar). The republic was suffering from the shortage of food products: one was required to present a passport to buy a loaf of bread. People would have to "book" a place in the line for flour a month in advance.