Russia's FSB published a video of the interrogation of Vladimir Lesovoy, a third rank captain of the Ukrainian Navy, who acknowledged that he consciously ignored calls from Russian border guards to stop. Lesovoy also said that the goal of the raid was to stage a provocation. 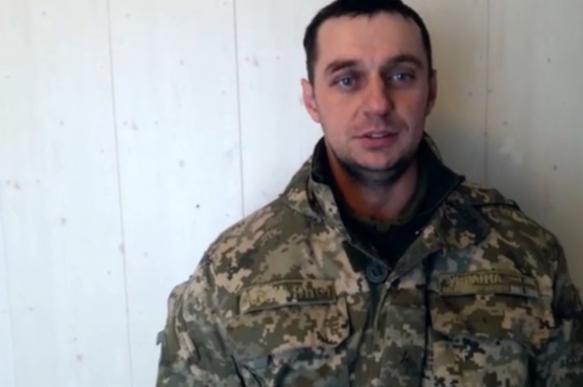 Other questioned Ukrainian navy men, in particular, Lieutenant Alexey Drach, confirmed that he and his colleagues had been warned that they were violating the maritime border of the Russian Federation.

Vasily Gritsak, the chief of the Security Service of Ukraine (SBU), confirmed that there were SBU military counterintelligence officers on board the Ukrainian vessels, which Russia detained in the Kerch Strait on November 25.

"Officers of Ukrainian special services were providing counterintelligence support for the Ukrainian Navy group in accordance with Article 12 of the law "About the Security Service of Ukraine," Gritsak said.

On November 25, three Ukrainian ships crossed the Russian border and entered the temporarily closed water area. Surrounded by Russian boats and ships, the Ukrainian vessels continued  manoeuvring and ignored demands from Russian border guards who were asking them to stop. At first, Russian ships fired warning shots at the Ukrainian vessels and then opened fire with an intent to destroy them. Three Ukrainian navy men were wounded. They received medical assistance, there is no threat to their lives. The Ukrainian ships were detained 50 kilometres from the site, where vessels usually sail in the Kerch Strait.

Russia opened a criminal case in connection with the incident in the Kerch Strait. Ukraine called the incident an act of military aggression. President Petro Poroshenko introduced martial law in Ukraine for one month, putting Ukrainian troops on high alert.

Russia proposed to urgently hold the UN Security Council to discuss the crisis, but the initiative was blocked by a majority vote.

kerch crimea russian navy ukrainian navy war in ukraine petro poroshenko russia and ukraine
20:03
USA was one step away from recognising Crimea as Russia in 2014
00:05
The reasons of NAY
21:30
Belarus closes borders with Lithuania, Poland and Ukraine
20:44
EU calls for boycott, isolation and sanctions against Russia
17:00
Russia warns USA not to interfere in Belarus crisis
14:23
You scratch my back and I’ll scratch yours!
13:44
Easy ways to build strong business foundation
20:33
Coronavirus pandemic causes unprecedented economic decline since WWII
20:02
Russian nationalist Maxim Tesak found dead in detention centre
16:49
A (new) role for Italy in the Mediterranean?
Former USSR
Russia warns USA not to interfere in Belarus crisis