US-made air defense systems failed to repel the drone attack on oil facilities in Saudi Arabia because the American systems did not correspond to their stated specifications, a senior official at the Russian Ministry of Defense said. 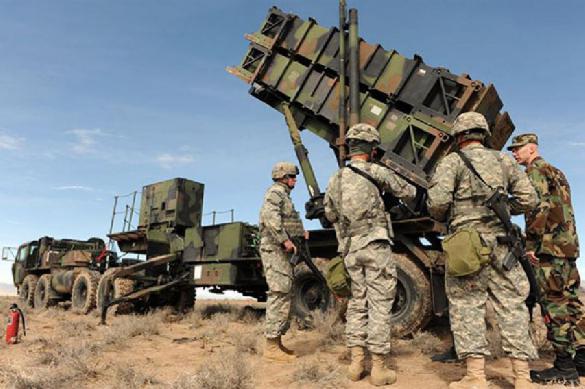 As many as 88 launchers of MIM-104 Patriot systems, of which 36 are PAC-2 and 52 are PAC-3 modifications, currently protect the northern border of Saudi Arabia. In addition, there are three US Navy destroyers in the Persian Gulf off the coast of the kingdom. The destroyers are armed with Aegis missile defense systems with 100 SM-2 modification missiles.

"How could such a powerful air defense system miss dozens of drones and cruise missiles? There can be only one explanation to this: Patriot and Aegis air defense systems, which the Americans advertise, do not correspond to their stated specifications. They have low combat efficiency when it comes to counteraction to small-sized air targets and cruise missiles," the official said.

The attack on Saudi Aramco facilities in Saudi Arabia took place in the morning of September 14. Riyadh and Washington accuse Tehran of the drone attack, because the latter supports Yemeni Houthi rebels, who claimed responsibility for the attack. According to the Saudi Ministry of Defense and Aviation, 18 unmanned aerial vehicles (UAVs) and seven cruise missiles were used for the attack on Saudi Aramco facilities. US Secretary of State Michael Pompeo, commenting on the inactivity of MIM-104 Patriot systems, said that air defense systems may not always show the desired result.

Iranian Foreign Minister Mohammad Javad Zarif stated that any attack on Iran that may take place as a result of the drone attack on oil facilities in Saudi Arabia will trigger "total war." According to the diplomat, an attack on Iran will raise tensions in the Gulf and lead to numerous casualties.

"I am making a very serious statement that we do not want to enter into a military confrontation. Yet, we will not blink to defend our territory," the Iranian Foreign Minister said. The minister also said that the USA will need to lift sanctions from Iran to make further negotiations possible.