The US Congressional Research Service unveiled a report about the Russian policy in relation to its nuclear arsenal. In particular, the report analyses the modernization of Russian nuclear arms and a possibility for their use. 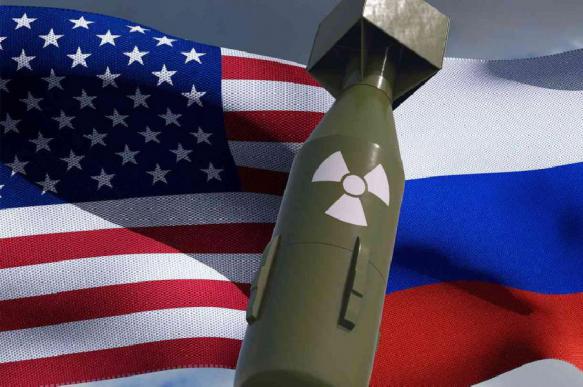 The author of the report, Amy Woolf, a specialist in nuclear weapons policy, pointed out a significant change in the tone of the Military Doctrine and the National Security Strategy of the Russian Federation in terms of the possible use of nuclear weapons.

In accordance with the current version of the Military Doctrine of the Russian Federation, Moscow reserves the right to use nuclear weapons in response to the use of nuclear and other types of weapons of mass destruction against Russia and (or) its allies. Russia can also use nuclear weapons in the event of a threat to the existence of the state,

In the report titled "Russia's Nuclear Weapons: Doctrine, Forces, and Modernization" the author wrote that such a formulation narrows down the list of conditions for the use of the nuclear arsenal. The 2000 edition of the document speaks about a possibility to use force, including "in situations critical to the national security of the Russian Federation."

The US nuclear doctrine from 2018 speaks of Washington's right to strike a nuclear blow not only in response, but also in the event of "extraordinary circumstances." The United States thus reserves the right to a preventive nuclear strike, including with the help of low-power nuclear warheads.

Russia is currently modernising the components of its nuclear triad. In particular, Russia is building state-of-the-art Sarmat and Avangard missile systems, works on Borei-class nuclear submarines and  strategic Tu-160 and Tu-95MS missile-carrying bomber aircraft.
The report says that the United States is also conducting a program to modernise its nuclear forces to replace systems that have been in service since the Cold War. The author of the report admits that the USA lags behind Russia in terms of nuclear weapons technologies. "The United States is falling behind because Russia began to deploy new missiles and submarines in the early 2000s, while the United States will not field similar systems until the late 2020s," the report reads.

Russian officials have repeatedly stated that the new arms race started at the time when the United States withdrew from the Treaty on the Limitation of Missile Defense (ABM) in 2002, while Russia's development of new arms systems came as a mirror response to Washington's decision.

"From my point of view, those who talk about the beginning of a new cold war are not analysts - they are propagandists. If you are talking about the arms race, then it began right at the time when the United States pulled out from the ABM treaty," Vladimir Putin once noted. According to Putin, Washington's decision became "the first step towards the fundamental destabilisation of the entire structure of international relations in the field of global security."