Alexei Danilov, the Secretary of the National Security and Defense Council of Ukraine believes that there were several secret versions considered during the investigation of the crash of the Ukrainian passenger aircraft in Iran. 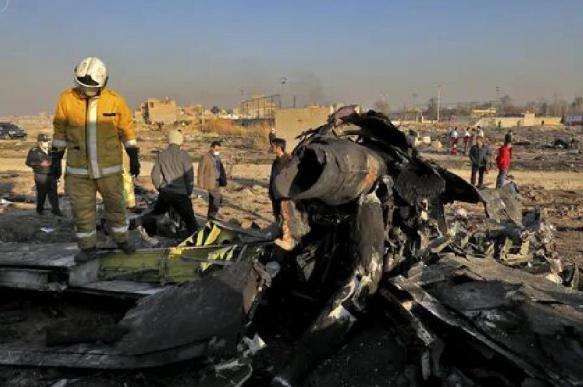 According to him, the priority version was a missile attack, but experts had a number of other versions to explain the causes of the tragedy.

"For example, according to an unusual version, someone was trying to prevent the evacuation of US secret agents from Tehran. Another version says that the plane was downed to prevent the departure of nuclear and missile scientists from Iran," the official said.

Earlier, Ukrainian officials called President of Ukraine Vladimir Zelensky to seek for a Russian trace in the crash of the Ukrainian aircraft in Iran. According to Ukrainian MP Irina Gerashchenko, Ukraine should summon the UN Security Council to raise the issue of the supplies of Russian missiles to Iran.

The Boeing 737-800 of Ukraine's International Airlines caught fire and crashed shortly after take off from the airport of Tehran on January 8. 176 people were killed, including 11 citizens of Ukraine. Brigadier General Amir Ali Hajizadeh said that the air defense system took the plane for a cruise missile and shot the object down.