The Russian Foreign Ministry reported that Russian and Turkish military men tragically died in Syria in mid-January. The department did not specify neither the number of victims, nor the date and the details of their death. 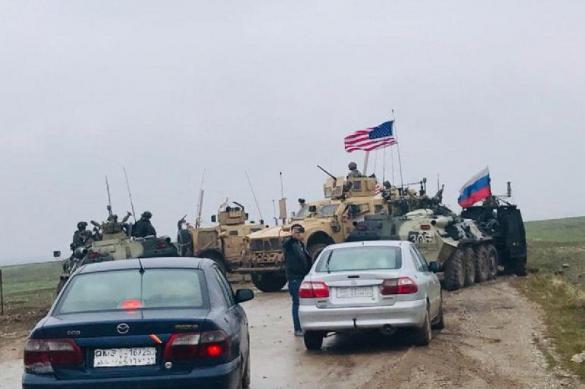 "In mid-January, Russian and Turkish military made another attempt to iimplement the "silence regime" in the Idlib de-escalation zone. However, the terrorists did not reduce their combat activities, but on the contrary, they increased their attacks. More than 1,000 attacks were reported over the last two weeks of January," a message posted on the website of the Russian Foreign Ministry said.

Terrorists intensify their activities in Syria

Hundreds of Syrian troops and civilians were killed and injured outside the de-escalation zone.

"Russian and Turkish military experts were tragically killed. Attempts to attack the Russian Khmeimim airbase with the use of combat drones do not stop," officials added.

In December of 2019, more than 1,400 militant attacks with the use of tanks, machine guns, infantry fighting vehicles, mortar and artillery weapons were recorded in the de-escalation zone. This information indicates that terrorists have been increasing their subversive activities in Idlib.

"The deployment of armed formations from the de-escalation zone, first to the northeast of Syria and then to Libya, brought the concentration of terrorists to a critical level. Under these conditions, the government forces were forced to respond," the department said in a statement.

Representatives of the Ministry for Foreign Affairs emphasized the inadmissibility of strengthening terrorists in Idlib and drew attention to a number of statements by Western countries, primarily the United States, in which they are trying to present the Khayat Tahrir al-Sham* terrorists as moderate opposition. "The facts of the seizure of civilian objects by terrorists, which they converted into firing points, depots with weapons and ammunition, workshops for the production of weapons and explosives, barracks and prisons, are hushed up," the department said.

The ministry also accused Washington of its illegal presence in Syria, as well as of conducting trade activities with the national resources of the Arab Republic:

"The Americans, being unable to defeat ISIS,* did not even bother to find another excuse for their illegal presence in Syria and started plundering and trading Syrian national natural resources in a brazen and shameless way."

Putin's press secretary Dmitry Peskov did not provide any details about the death of the Russian military men in Syria.

"If it goes about military specialists, then you should address this question the Ministry of Defense or the Ministry of Foreign Affairs and ask them for clarifications," Peskov told reporters.

Earlier, the head of the US Department of State, Michael Pompeo, condemned the continuous, unjustified and ruthless attacks on the people of Idlib by the Assad regime, as well as by Russia, Iran and Hezbollah. According to him, such cruel and barbaric actions impede a ceasefire in northern Syria.

On February 3, it was reported that four officers of the Russian Federal Security Bureau (FSB) were killed in mortar fire in northwestern Aleppo. It is believed that there are officers of all types of Russian special services working in Syria in connection with the aggravation of the situation and the ongoing shelling attacks conducted by the Turkish army.

On February 5, US Special Representative for Syria James Jeffrey said that there was intense confrontation between US troops and employees of Russian private military companies in northeast Syria. According to unconfirmed reports, US military men saw civic vehicles, in which Russian mercenaries were staying. Such confrontations have recently become more frequent and may occur several times a day. There are chances for such confrontations to develop into serious clashes between American and Russian forces.

According to Jeffrey, Russia uses her veto right at the UN to block international humanitarian aid supplies to challenge the US military presence in northeastern Syria. US officials believe that Russian-led offensive operations may cause terrorist groups to be dispersed throughout the region.