Idlib crisis explodes and Putin and Erdogan confront each other

The UN announced the appalling scale of the crisis in northwestern Syria and called on the Security Council to put an end to this "nightmare." According to Mark Lowcock, the UN Under-Secretary-General, humanitarian aid coordinator, as many as 900,000 people have left north-western areas where bombing and shelling continues since December 1, 2019. Most of the displaced individuals are women and children, the official said.

The people who fled from Idlib are forced to sleep in the open air, many children die from the cold. The UN receives reports of shelling of temporary shelters for refugees. Camps are overcrowded, and people 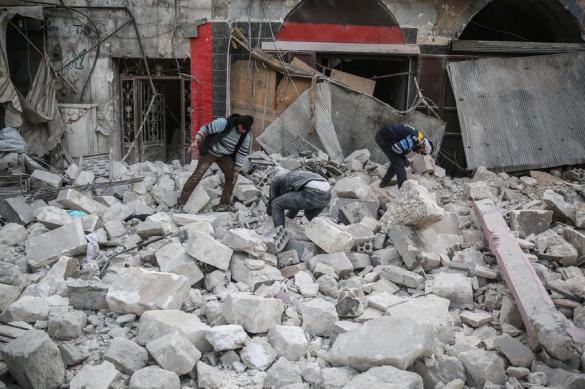 "are forced to sleep outside in freezing temperatures because camps are full. Mothers burn plastic to keep children warm. Babies and small children are dying because of the cold," the official said.

According to Lowcock, medical facilities, schools, populated areas, mosques and markets are shelled and bombed in the north-west of the country

Lowcock said that the most monstrous nightmare of the 21st century can be avoided only with the help of a ceasefire. He called on the Security Council and all countries that could influence the situation, set their own interests aside and show "collective humanity."

On January 29, Mark Lowcock reported to the Security Council that military operations in Idlib province were becoming more intense, especially in its southern part of the region. The Syrian government and its allies have inflicted hundreds of targeted airstrikes on the area. Meanwhile, non-state armed groups continue to shell the city of Aleppo, killing and injuring civilians.

Russia and Turkey fight about Syria in Moscow

The negotiations in Moscow were devoted to the crisis in Idlib. The parties discussed possible measures for the full implementation of the agreements reached in Sochi. Representatives of the Turkish delegation announced the need to reduce local tensions as soon as possible not to let the humanitarian crisis aggravate even further.

Syrian President Bashar al-Assad made a televised speech after Damascus took control of the provincial capital of Aleppo. He said that the life and economic situation in Aleppo "will be better than ever," and the military will not give up until they "sooner or later" achieve total victory.

Assad said, adding that the fight for the liberation of all of Aleppo, together with the neighboring rebel-controlled province of Idlib, will continue, despite the "meaningless noise" from Turkey, which borders both provinces and supports the rebels. Turkey sent its troops and equipment to Idlib to try to restrain the offensive of the Syrian troops.

Turkey accused the Syrian army of shelling its observation post in Idlib. According to Erdogan, 14 Turkish soldiers were killed, while another 45 were injured. In response to the attack, Turkey shot down two Syrian military helicopters on February 10 and 11 and also attacked 115 targets of the Syrian government army. According to the Turkish Ministry of Defense, 101 Syrian soldiers were "neutralized" as a result of the attacks.