Turkish forces and Syrian opposition troops launched a military operation on Thursday, February 20, in Syria's southeastern Idlib province against the army of Bashar al-Assad, local media reported. The offensive targets the positions of the Syrian troops, which liberated eastern regions of Idlib in February. Turkish troops support the artillery offensive of anti-government forces. The Russian aviation struck the attackers. 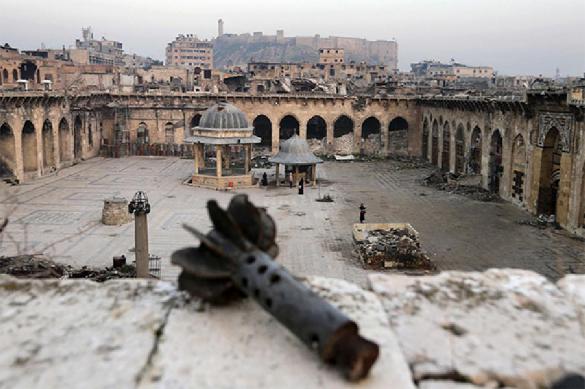 After a fierce battle, the Syrian opposition units, with the support of the Turkish troops, seized the village of Nairab from the Syrian forces. This settlement is located on M4 motorway, about ten kilometers southeast of the provincial capital, the city of the same name, Idlib. The offensive also targets the city of Saraqib, which was captured by the Syrian troops on February 5.

According to the information received, a tank and an armored vehicle of the Syrian troops were destroyed, another tank was captured during the offensive.

Representatives of the Center for Reconciliation of the Warring Parties of the Russian Ministry of Defense in Syria pointed out that four Syrian soldiers were wounded in the shelling.

Russian bomber aircraft in northern Syria "destroyed militants' armored vehicles", as the latter were conducting an attack with the support of the Turkish forces.

"In order to prevent the illegal armed groups from moving deeper into Syrian territory, at the request of the Syrian command, the Su-24 aircraft of the Russian Air Force struck the terrorists," a representative of the center said.

According to the source, the support of the aviation "allowed the Syrian troops to successfully repel all attacks."

The Turkish Ministry of Defense announced that two of its military men were killed as a result of the air strike in Idlib province. Another five Turkish soldiers were injured. The Turkish military claim that the Syrian army lost 50 troops, five tanks, two armored personnel carriers and a howitzer during the operation.

The ministry did not specify the aircraft of which country struck that blow. According to Turkish media, the attacks were carried out by the Syrian air force.

Turkey asked the United States to deploy two Patriot anti-aircraft missile systems in the south of Syria to contain the actions of Russian and Syrian forces in the Syrian province of Idlib, Bloomberg reports citing an unnamed senior representative of Ankara.

The source explained that if Patriot systems could be deployed in the Turkish province of Hatay, Ankara could use F-16 fighters against Syrian government forces in Idlib. The Turkish representative said that Turkey expressed the idea with the Patriot air defense system last week to US Special Representative for Syria James Jeffrey during his visit to Turkey.

At the same time, from the point of view of Ankara, the request for the deployment of Patriot systems does not imply any reciprocal concessions on Turkey's part. The US Embassy in Turkey declined to comment on this information.