Coronavirus spreads from Italy to Croatia, Switzerland and Austria

According to the minister, the infected man, a resident of the Croatian capital city of Zagreb, visited Milan, Italy. 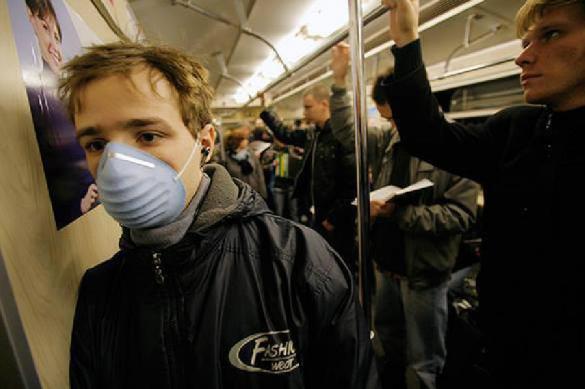 "This disease is similar to flu. No higher incidence or complications are expected. Health authorities are ready to do everything to ensure the safety of our people," the official said.

On Tuesday, it also became known that two cases of coronavirus infection were confirmed in Austria in the federal land of Tyrol, ORF reports. Both patients are 24 year-old Italians who live in the city of Innsbruck. Both men sought medical help themselves, complaining of fever; the two men were currently isolated in a clinic in Innsbruck.

Coronavirus infection was also confirmed in the canton of Ticino in Switzerland, according to Swiss news portal Blick. This is the first case of coronavirus infection in this country. The patient is a 70-year-old Swiss man, who was about to be discharged from a hospital in Lugano, when a positive result came. About 300 people have been tested in Switzerland so far, but none of them proved to be infected with the new virus.

Italy infected with coronavirus most among EU states

Italy remains the first country in the European Union in terms of the number of coronavirus infections. Seven people died, more than 230 are infected. All the deceased are people over 70 years old. Six victims of the disease lived in Lombardy, where the largest number of cases was reported - over 170. One person died in the Veneto region. People were infected in Emilia-Romagna, Piedmont and Lazio provinces.

Eleven settlements, where a total of more than 50,000 people reside, were isolated. They form a "red zone" which is closed for entry and exit because of the risk for the virus to spread. In Milan, the main cathedral of the city of Duomo was closed on Monday. La Scala opera house canceled performances, football matches were postponed.

The World Health Organization has not yet regarded the situation as a pandemic - the uncontrolled spread of the virus around the world. According to WHO, it is only an epidemic in separate countries. However, WHO Director-General Tedros Adan Gebreyesus urged the international community to prepare for a possible pandemic.

Health ministers of Italy, Slovenia, Austria, Switzerland, France and Germany are meeting on February 25 to discuss and coordinate actions to prevent the spread of the disease.

According to most recent reports, the number of coronavirus infections in the world has exceeded 80,000. The virus has claimed the lives of more than 2,700 people.