Russia can not guarantee the safety of Turkish military aviation in Syria after Damascus closes airspace over Idlib province, said Oleg Zhuravlev, head of the Center for the Reconciliation of the Warring Parties.

Zhuravlev said that the Syrian authorities had to make a decision to close airspace against the backdrop of the exacerbation of the crisis in the province. The news of the no-fly zone was announced on March 1, when Damascus said that any aircraft that violate airspace would be shot down as enemy aircraft.

Over the past day, the Turkish Armed Forces continued attacking the positions of the Syrian army in Idlib. Syria stated that Turkey thereby literally rescues terrorists from attacks by the Syrian army." 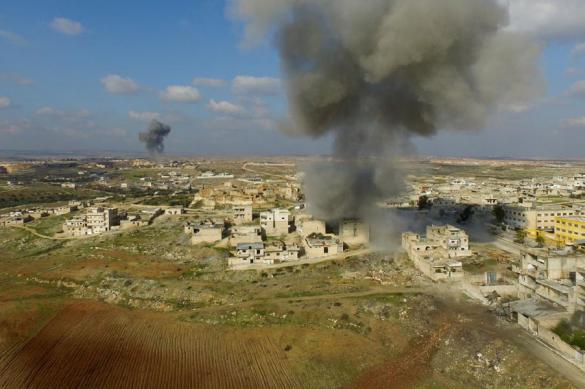 "This confirms Turkey's non-compliance with all the agreements that were reached earlier, including the Sochi accords," the statement said.

The crisis in Idlib escalated in early February, when 14 Turkish citizens were killed in one week as a result of the actions of the Syrian army in Idlib. Turkish President Recep Tayyip Erdogan blamed not only Damascus, but also Moscow for their death and demanded Russia should stop the offensive of the Syrian pro-government forces in Idlib.

The withdrawal of the Syrian army was to take place before the end of February, otherwise Turkey promised to launch a full-scale military operation in Idlib.

As a result of the airstrike by the Syrian forces in Idlib province last Thursday, 33 Turkish troops were killed, after which Turkey officially declared Russia-supported Syrian troops as enemy targets.

Such a development may significantly slow down the ongoing peace process and undermine the military alliance of Turkey and the Russian Federation.