Russian citizens unable to return to Russia from Covid-19 epicenter

Three quarters of Russians, who were willing to fly from the United States back to Russia, could not board the flight. Reportedly, only those registered in Moscow and the Moscow region were allowed to board a New York-Moscow flight  - less than 50 people in total. 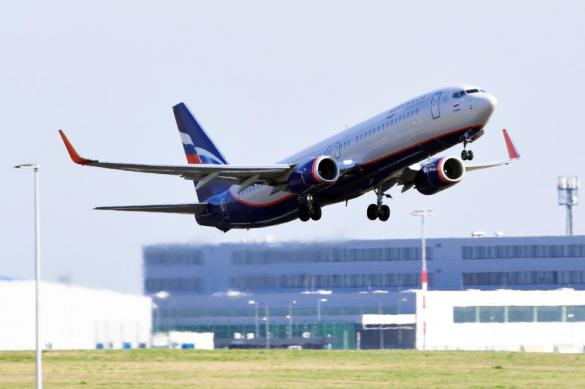 All others had to return to their hotels. Igor Kochan, the chief of the Russian Youth of America association, who led the group of volunteers to help those who could not leave the United States and return home to Russia, confirmed that many of those, who were willing to board the flight to Moscow, were denied boarding.

"For the time being, they accept only those who filled out information about themselves on the State Services website and reside in Moscow or the Moscow region. As they say, quarantine boxes are full in Moscow, so an  opportunity to fly home to Russia can be given only to those who can isolate themselves at their homes in Moscow," he said.

The Aeroflot flight, bound from New York to Moscow, was only 15 percent full when it departed, although there were enough people who wanted to board the plane, so the airplane could have been full. Only 61 of 402 seats of the Boeing 777 were taken.

One of the passengers, who was not allowed to leave NYC, said that he and his wife received a notice of departure at 23:00. They called Aeroflot and airline representatives invited them to the airport. They checked in and received boarding passes, but then Aeroflot representative approached the people and said that their tickets were not valid due to a technical error. As a result, only 48 people were allowed to board the plane, and no one knows when the next flight is going to be provided.

The Russian Embassy in the United States has a list of 2,300 Russian citizens, who want to return home to Russia. At least 500 of them are in New York. Earlier, a half-empty Aeroflot flight from Bangkok, Thailand, landed in St. Petersburg. Only 187 Russians returned home from Thailand, although the airliner has 296 seats.

It is worthy of note that representatives of the Russian embassy in the United States asked those Russians who got stuck in the country to stay with compatriots, and announced a shortage of passengers even for one evacuation flight from the United States.

First and foremost, the embassy works to establish contacts with the Russian citizens, who unwillingly found themselves in extremely difficult situations. It goes about families who brought children for treatment via charitable foundations, students, as well as people with severe chronic diseases whose lives depend on regular intake of rare medicines.