What happens to F-35 if it flies into Russian airspace?

The US fifth-generation fighter F-35 Lightning II can be efficient only against an unprepared enemy, weekly journal Zvezda wrote. 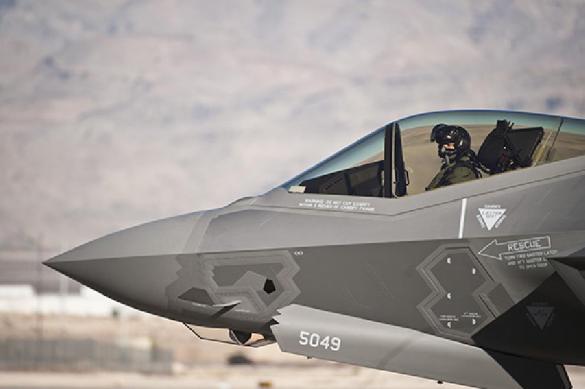 The publication of the weekly reveals what is going to happen to F-35 fighters if they violate Russia's air space. In such a situation, the article in the journal says, US fighters will be detected by radars and destroyed by anti-aircraft missile systems.

"The super fighter will immediately turn into a ball of fire and head to the surface of planet Earth in an accelerated farewell flight," the article ironically says.

In December 2019, China refused to call Russia's Su-57 a fifth-generation fighter and categorized it as a 4 +++ generation aircraft.

In May 2019, Russian President Vladimir Putin announced that 76 Su-57 fighters would be purchased for the aerospace forces of the country by 2028. In July 2018, Deputy Prime Minister Yuri Borisov said that the Su-35 was considered one of the best aircraft in the world, so it did not make any sense to accelerate the work on the mass production of the fifth generation aircraft [Su-57]."

To date, Russia has assembled 13 prototypes of the Su-57, of which ten are used for flight tests, while three others - for static ground tests.