The coronavirus infection in Russia continues spreading at a dangerous pace. There is no more optimistic scenario for the development of the crisis: the number of positive cases and deaths will continue to grow, while quarantine and restrictive measures will have to be extended. 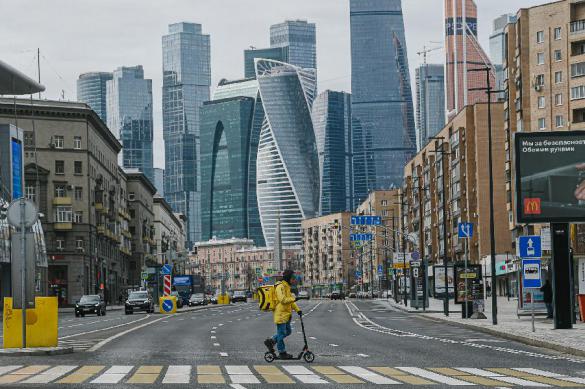 Irresponsibility of citizens, especially young people who mistakenly believe that they are out of risk, makes preventive measures for the spread of the infection a lot less effective. The virus can affect anyone regardless of age. Moreover, nothing is known about the consequences that Covid-19 may cause for the human body. It may decrease physical stamina and change psychological peculiarities.

Tatyana Golikova, the Vice Prime Minister of the Russian Federation, believes that Russia is not going to be able to lift restrictions by May holidays.

"We do want to get out of this crisis on the eve of such a great holiday as Victory Day, but
we definitely won't be able to extricate from the crisis," she said.

In order to assess the situation, one needs to live through two cycles of 14 days in an epidemic  (the average duration of the incubation period of the coronavirus). The first cycle is ending early this week, when specialists can say whether the situation with the spread of the virus has reached a plateau or continues to grow.

For the time being, the crisis continues to aggravate. Every days brings new records:

The Moscow authorities were forced to switch to stringent measures after they chose to start with soft restrictions two weeks ago. During this time, the number of infected people in Russia grew from 1,000 to 18,000.

Leading Russian economists earlier warned that non-working days without travel and social communication restrictions would be perceived as an unexpected holiday. Indeed, many chose to go to their dachas, others flocked to parks and other places of mass congregation of people.

A similar mistake was made a month before in Italy and led to disastrous consequences. Soft quarantine and non-working days led to an increase in morbidity rate. Italy declared strict quarantine, but it was too late.

Since last Monday, the number of infected people has doubled, while the infection rate has tripled. More than 11,500 coronavirus-positive patients are being treated at Moscow hospitals.

In late March, Muscovites were outraged by the "draconian measures," which Mayor Sergei Sobyanin introduced in the city. Presently, it has become clear to everyone that the crisis in Moscow is rapidly developing according to scenarios of Italy or New York.

The scale of the disaster became obvious after the Ministry of Health allowed the diagnosis of coronavirus without tests, but only by CT, just based on symptoms, as was the case in the beginning of winter in China.