All of Russia, except for one region, infected with coronavirus

In Russia, a new record has been set for the daily increase in coronavirus-positive patients. Over the past 24 hours, 3,388 new cases of coronavirus were registered in 65 regions of the country;  28 people died. As many as 292 people recovered.

For the first time, cases of the new infection were reported in Chukotka and Nenets Autonomous Districts. Thus, the Altai Republic remains the only Russian region where incidents of coronavirus infection were not recorded. 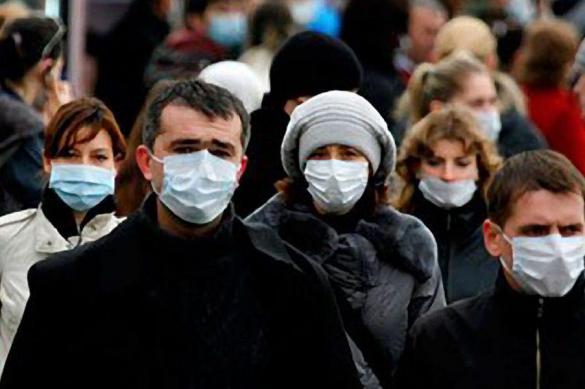 In total, 24,490 cases of coronavirus have been reported in 84 regions of Russia. For the time being, the new disease has claimed the lives of 198 people, 1,986 people recovered.

In Karachay-Cherkessia, Yakutia, the Yamalo-Nenets Autonomous Okrug, Voronezh and Saratov regions - 7 people each.

In the Nenets and Chukotka Autonomous Districts, Sevastopol, Volgograd, Orenburg, Kemerovo and Sakhalin regions - one at a time.

Earlier, Russian Minister of Health Mikhail Murashko said that some regions of the Russian Federation, where cases of infection with coronavirus are few, are not ready to provide medical care in large volumes. According to him, now more than a half of all regions are ready for the epidemic, but all of them should be in full readiness by April 28.

Meanwhile, the head of Rospotrebnadzor Anna Popova reported an increase in the number of Russians, in whom the coronavirus infection is asymptomatic - up to 30% against 10% in March. Moreover, the number of patients with asymptomatic coronavirus reaches 50% in several regions of the country. As an example, the official cited the Moscow region, where this figure reached 52%, and expressed a hope that the asymptomatic course of the disease will not lead to complications.