Russia conducted the tests of the state-of-the-art tank on the Armata platform in Syria. According to officials, the test will allow specialists to see the new tank in action under real combat conditions. 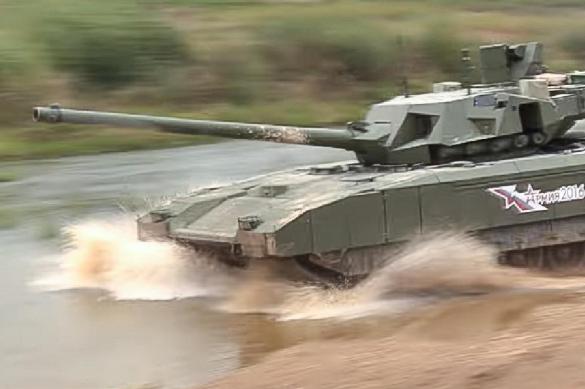 The Armata is a second-to-none tank, the modernization of which still continues. Moscow has already received export inquiries for this tank, however, it will be possible to ship the tank abroad only after the beginning of serial supplies to the troops.

The Russian Defense Ministry has ordered additional technical solutions in order to reach serial deliveries next year as part of the contract that was signed.

T-14 Armata is a unique tank of the third post-war generation. It was designed:

At the beginning of the year, a new gun was designed for "Armata", which provided the T-14 with firepower that was significantly superior to the performance of modern Russian and foreign tanks.

Earlier, the Ministry of Defense signed a contract for the purchase of 132 T-14 and T-15 combat vehicles based on the Armata platform. The agreements are to be implemented by the end of next year. Currently, the tank goes through the final stage of state trials.