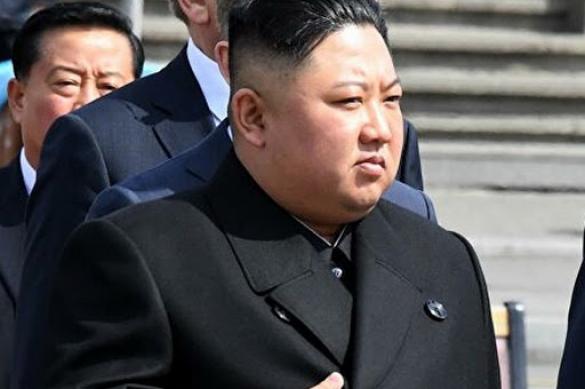 According to the Facebook page of the Russian Embassy in Pyongyang, the North Korean leader was awarded for "a great personal contribution to immortalizing the memory of Soviet citizens who died and were buried in the DPRK and for his concern for the safety of burial places and memorials of Soviet soldiers."

Interestingly, foreign nationals can be awarded with the above-mentioned medal only if they fought in the ranks of the Red Army or the Navy or in partisan units during the Second World War. Kim Jong-un’s grandfather, Kim Il-sung, the founder of North Korea, used to be a partisan.

The anniversary medal "75 years of Victory in the Great Patriotic War of 1941-1945" was established in June 2019. It is intended for those who took part in military actions, partisans, home front workers, as well as former underage prisoners of concentration camps.

The DPRK leader did not participate in the award ceremony. Russian Ambassador to the DPRK, Alexander Matsegora, gave the medal to DPRK Foreign Minister Ri Son-gwon. After the ceremony, the officials held a brief conversation, during which they confirmed the intention of Russia and the DPRK to continue active efforts to consistently implement the agreements reached by the leaders of the two countries in Vladivostok in April 2019 to further develop and strengthen the Russian-Korean cooperation.

In 1945, the USSR entered the war against Japan, when the Japanese troops occupied Korea. According to the Russian embassy, there are 11 mass and 345 separate graves ​​in the DPRK, in which 1,375 Soviet soldiers were buried. In total, more than 4,700 soldiers and officers of the Soviet army had died during the liberation of the Korean Peninsula.

In April, Kim Jong-un gave rise to rumors about his grave condition and even death after he stopped appearing in public and missed the Day of the Sun celebrations – festivities in honor of the 108th anniversary of the birth of the DPRK founder Kim Il-sung. On May 1, 20 days after his ”disappearance”, North Korean media published new photos and videos of Kim Jong-un from the opening ceremony of a fertilizer plant in Sunchon.