The European Union rejected any proposal to return Russia to the G7 and warned Washington that it could not independently change the rules for the group. 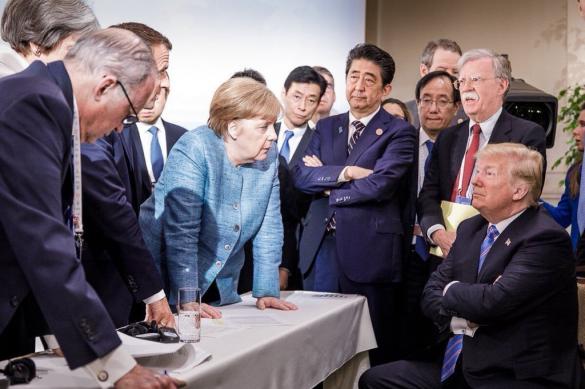 Earlier, US President Donald Trump announced that he would postpone the June G7 summit until September or later, and expand the list of invited countries, including Australia, Russia, South Korea and India. According to Trump, the current G7 format is "very outdated."

The EU said it sees the G7 as an extremely important multilateral body that cannot be changed on an ongoing basis.

"Russia's participation in the G8 was suspended until Russia changed it course and the situation did not allow the G8 to hold a substantive discussion again. This is currently not the case," Josep Borrell, Europe's foreign policy chief said.

Several G7 governments, including the United Kingdom and Canada, also rejected Trump's previous calls to admit Moscow back to the group.

The G7 includes Canada, France, Germany, Italy, Japan, the UK and the USA. The European Union is also a member of the club. Russia was in the G7 from 1997 to 2014, when it was called the G8. In 2014, Russia chaired the organization, and a summit of its leaders was to be held in Sochi shortly after the Winter Olympics. The G7 leaders decided not to go to Sochi, moved the summit to Brussels and did not invite Russia there against the backdrop of accusations of Russia's illegal annexation of the Crimea and interference in the internal affairs of Ukraine.