President Tony Saca declared a nationwide state of emergency Monday, after landslides caused by heavy rains killed 31 people and forced more than 8,500 to leave their homes.

In a televised address, Saca said people were forced to flee their homes at different points all over the country, including those in a low-lying neighborhood in the shadow of a hillside in Santa Tecla, just west of the capital, San Salvador.

A landslide unleashed after a strong earthquake killed about 400 people in the same area in January 2001.

Mauricio Ferrer, director of the national emergency center, said heavy morning rains triggered flooding in 300 communities, claiming 31 lives. He said officials opened 122 shelters across the country to accommodate the more than 8,500 people who fled their homes.

Flood waters and landslides hit a central section of the country the hardest. A statement released late Monday night by emergency response officials reported that 10 people had been killed in a region that includes San Salvador, while 15 others died in the nearby province of La Libertad, and one in La Paz.

In Sonsonate, to the west, three people were killed, and there was one fatality in nearby Santa Ana province. In the eastern region of Usuletan, officials also confirmed one death.

Details were not available for some of the cases, but authorities confirmed that in San Marcos, a city just south of the capital, a 2-month old infant died, as did toddlers ages 2 and 4 and their parents, when a wave of dirt swept away a family home.

Of the 10 killed in the region including San Salvador, it was unclear if that tally included 72-year-old Santos Zetino, who died after being carried off by the current of a swollen Acelhuate River.

In Lourdes, southwest of here in La Libertad, four children and four adults from the same family died in a landslide, though details of what exactly happened remained sketchy.

San Salvador's airport was open, but landslides had cut off major roadways. Classes in public and private schools and universities were suspended until further notice.

Interior Secretary Rene Figueroa said that rains had caused most major Salvadoran rivers to overflow, including the Lempa, which runs through the central part of the country, and the Paz, near the border with Guatemala, reports the AP. 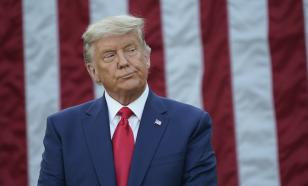